Academic Union of Polytechnics (ASUP), Senior Staff Association of Nigeria Polytechnics, (SSANIP) and Non-Academic Staff Union, (NASU) have taken over the Oke-Ogun Polytechnic, Saki and given conditions to the state government to call off their strike which they commenced on January 14.

In a press release made available to Naija News today by the three unions, they noted that some acting Management have resorted to several victimization, coercion, intimidation, blackmail, oppression, suppression, subjugation and harassment of Staff and Students’ Union Government (SUG) Representatives

Recall that about five months ago, academic staff union of the Polytechnic raised alarm over a threat by the institution’s governing council to sack staff while it owed the workers about 18 months salary.

The statement which was signed by the chairmen of the three Unions Olaleye, G. A, Mobalaje, T. A,  Adedokun, M. K. reads below:

Sequel to the blatant refusal of the Oyo State Government to fund Tertiary Education which has led to the deterioration in infrastructural facilities, staff development, hike in school fees and accumulated back-log of workers’ salaries among other things. The resultant effects of all the afore-mentioned can best be imagined on both the Staff and the Students.

According to the Unions,  several attempts have been made to reach major stakeholders such as Community leaders and Government functionaries at local and state levels to intervene, particularly on the need for proper funding of the institution vis – a – vis payment of salaries and arrears, accreditation, provision of ultra-modern equipment and many more.

In September 2018, the Management of The Oke–Ogun Polytechnic, Saki was asked to proceed on leave during the last strike that was embarked upon by the three Unions. An Acting Management team was put in place in the hope that the situation would improve. However, the Acting Management was unable to provide a solution to the payment of the backlog of Salaries (16 months).

In furtherance of our struggle, the Unions resumed the suspended strike of September 2018 on Monday, January 14, 2019 to press home her legitimate agitations. To our dismay, The Acting Management has since resorted to several inhuman antics and actions such as victimization, coercion, intimidation, blackmail, oppression, suppression, subjugation and harassment of Staff and Students’ Union Government (SUG) Representatives. 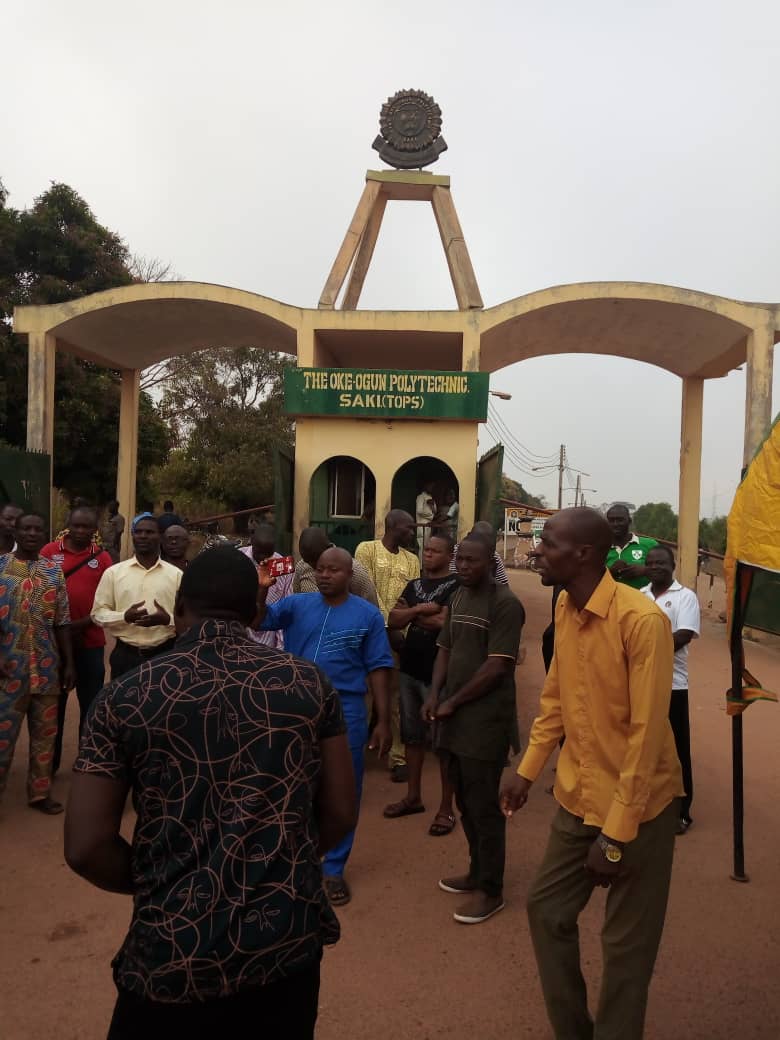 Demands of the Polytechnic workers as spelt out in the statement include, proper funding of the Institution, payment of the back-log of salaries (16 months), outright stoppage of violation of Labour Act (2004 as amended), due respect for the freedom of peaceful assembly and association as enshrined in Section 40 of the 1999 Constitution of Nigeria.

It also added that the Acting Management should operate within the ambit of the Edict of The Oke- Ogun Polytechnic, adding that if the Government accedes to its demand, ‘Tertiary education will occupy a pride-place in Oyo State”.

See some photos from the unions’ protests today: 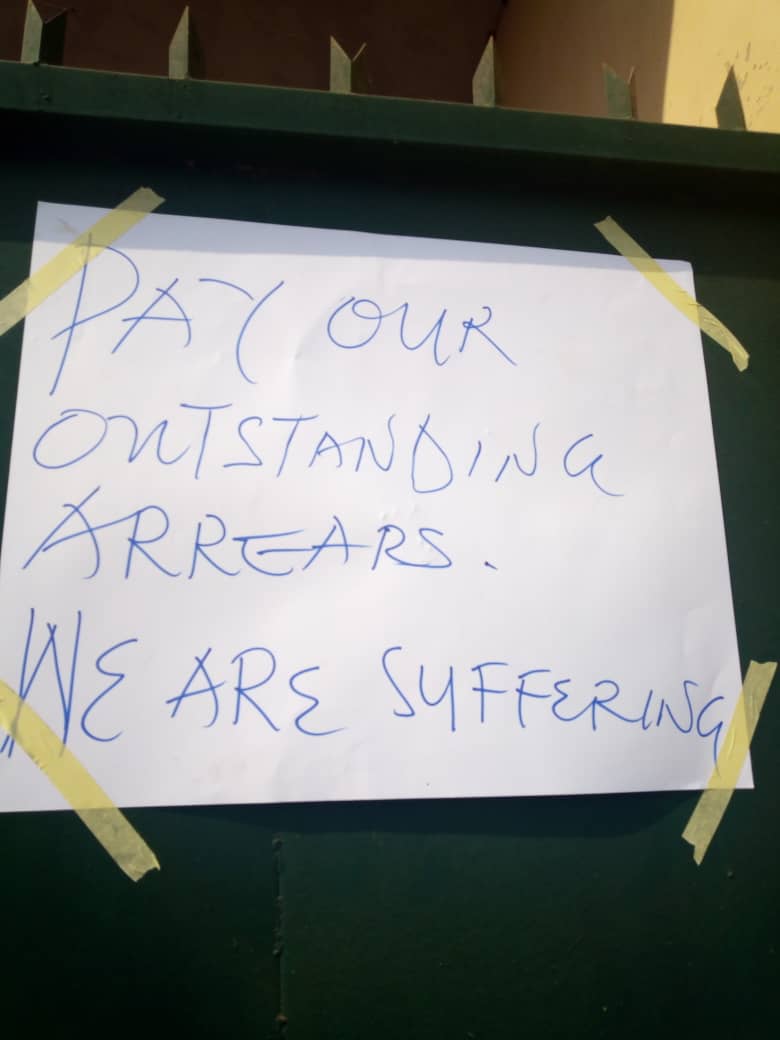 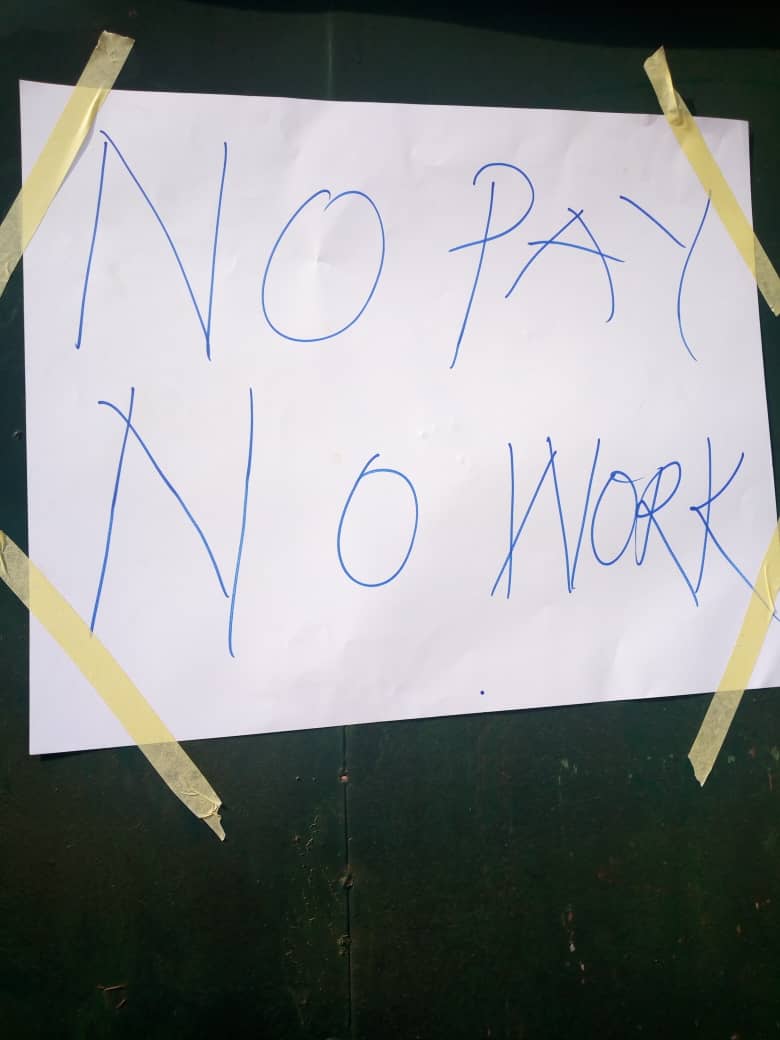