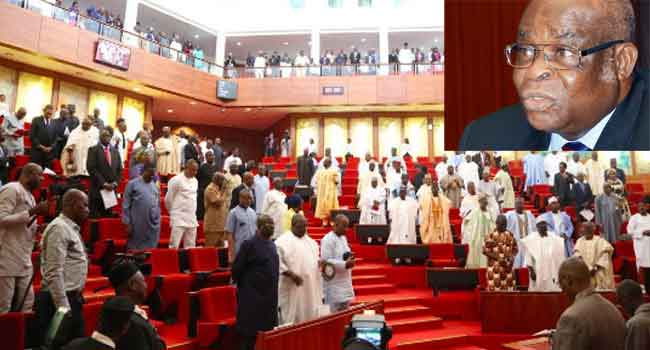 The Nigerian Senate will reconvene on Tuesday, January 29, over the suspension of Justice Walter Onnoghen as the Chief Justice of Nigeria (CJN).

In reaction to the suspension, the Senate has now set Tuesday to reconvene, a report by Channels Television revealed on Saturday evening.

The report said a source in the National Assembly disclosed that the lawmakers would reconvene to discuss Onnoghen’s suspension.

It was learned that the source also confirmed that the National Assembly would hold a leadership meeting on Sunday, January 27, over the matter.

Naija News reports that the lawmakers had during Thursday’s plenary adjourned sitting until February 19, after the Presidential and National Assembly elections.

Meanwhile, President Buhari’s decision to suspend Onnoghen has been greeted by a storm of reactions from Nigerians as well as the United States, the United Kingdom and the European Union as reported earlier by Naija News.