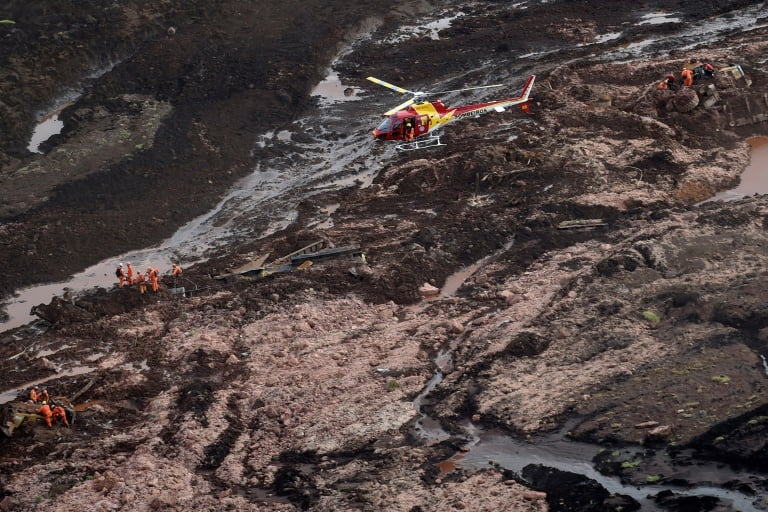 Helicopter searches for missing persons during the collapse of a mining dam on January 25, 2019 in Brumadinho, Brazil

The break-up of a dam by mining giant Vale has killed at least nine people in Brazil, but the toll could go up considerably, with some 300 people missing on Saturday and “minimal chances” of finding survivors.

“We have nine people dead, and our data tells us that there are about 300 missing,” said a spokesman for the fire department.

“The police, firefighters and the military have done everything to try to rescue possible survivors, but we know that from now on the chances are minimal and we will probably find only bodies”, had previously told the press Romeu Zema, governor of the state of Minas Gerais, where a similar tragedy had killed 19 people in 2015.

Brazilian President Jair Bolsonaro is preparing to make a statement in Brasilia on January 25, 2019, after the collapse of a mining dam in Brumadinho

A first report of the firefighters had reported 200 missing, and another of the authorities of 150 missing.

Local authorities said 270 people who were on the Vale site were found alive.

The break-up of a dam at the Córrego do Feijão mining complex, which has a total of three, took place early Friday afternoon in Brumadinho, a municipality of 39,000 inhabitants 60 km southwest of Belo Horizonte. , capital of Minas Gerais.

A real tide of brown mud with greyish reflections covered huge areas of vegetation, and many homes were destroyed, said a Nigeria News photographer who flew over the area.

“Most of the people affected are our employees,” Vale CEO Fabio Schvartsman told a news conference.

“We do not know the number of victims yet, but we know it will be high,” he added. He said the canteen had been swallowed up by the mudslide at lunchtime. 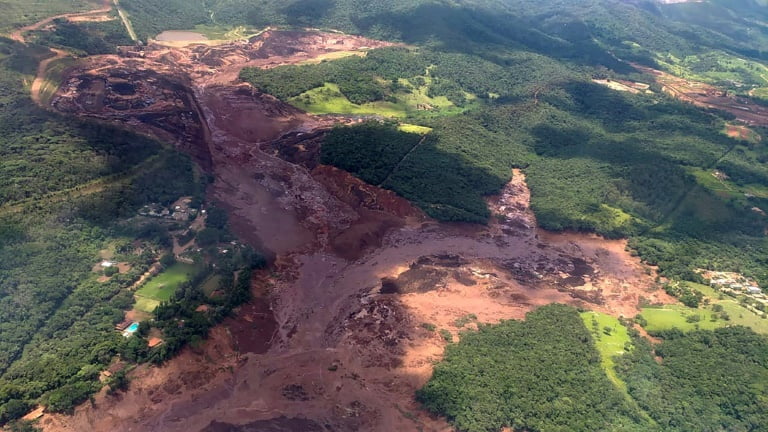 “The environmental tragedy should be less than that of 2015, but the human tragedy much more important,” concluded the leader, whose company was also involved in the tragedy of three years and two months ago.

Vale’s shares fell by more than 8% at the close of the New York Stock Exchange, after initially plunging more than 11% at the announcement of this new tragedy.

The G1 news website said that the Minas Gerais Justice ordered to block bank accounts totalling one billion reals (233 million euros) in anticipation of compensation for the victims.

Trump Agrees To A Temporary End Of US Government Shutdown