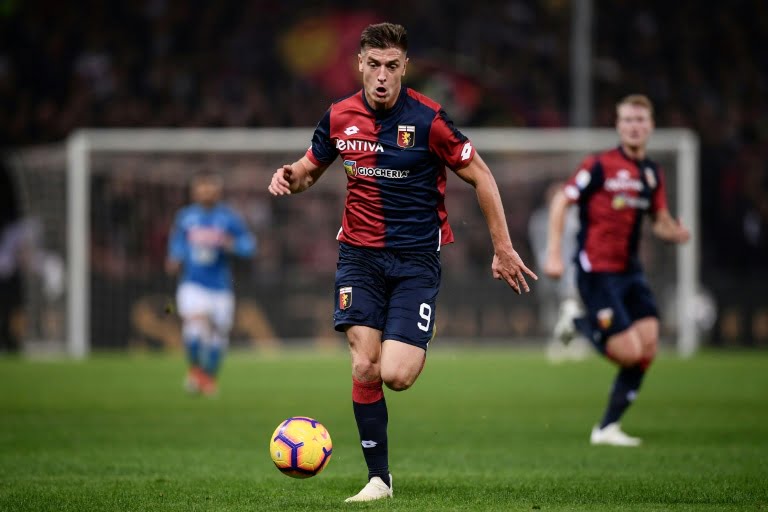 Polish striker Krzysztof Piatek in the Genoa jersey during a Serie A match against Naples at the Luigi-Ferrari stadium on November 10, 2018

AC Milan on Wednesday marked the signing of international striker Krzysztof Piatek from Genoa after earlier announcing Argentinian Gonzalo Higuain’s loan to Chelsea until the end of the season.

Piatek, 23, has been committed until June 2023 with the Italian club, currently 4th in Serie A. According to Italian media, the amount of transfer would amount to 35 million euros.

The Pole is one of the best strikers in the Italian Championship with 13 goals. In 21 matches in all competitions this season with Genoa, he scored 19 goals. He has two selections with Poland.

His arrival comes after the start of loan Gonzalo Higuain in Chelsea, where he will try to revive under the orders of his coach in Naples, Maurizio Sarri.

The 31-year-old has signed on Wednesday with the London club, fourth in the championship of England, in the form of a loan until the end of the season. He remains linked to Juventus Turin, who had already lent him last summer in Milan for a season.