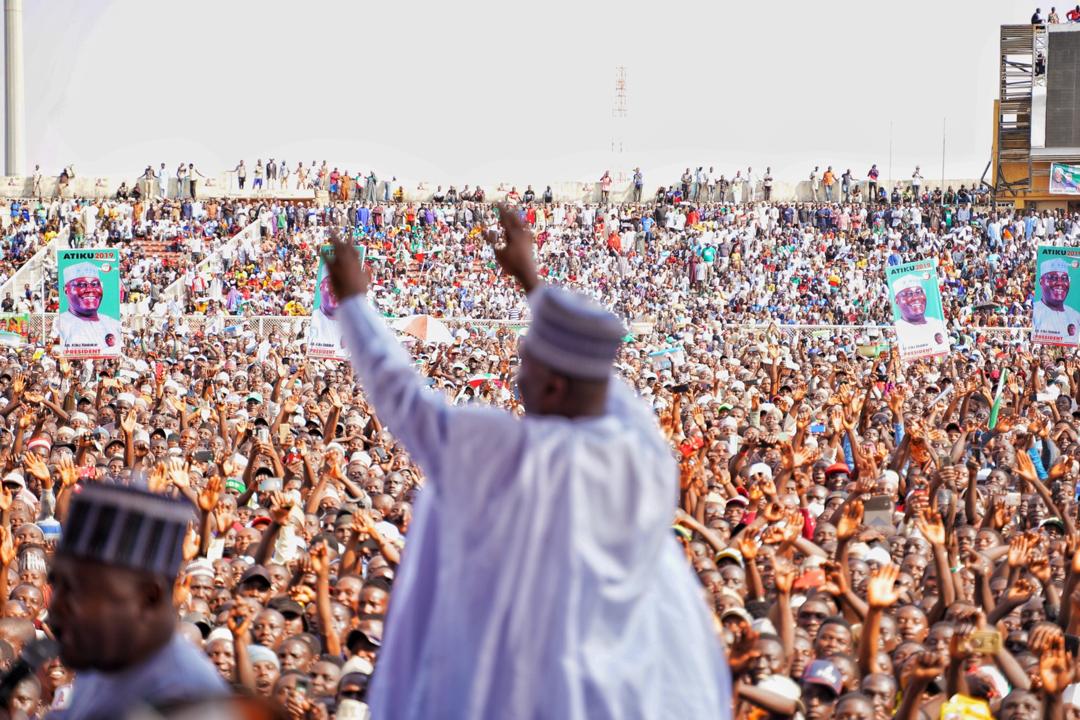 Ahead of the 2019 presidential election, the presidential candidate of the Peoples Democratic Party, Atiku Abubakar, has stated that the All Progressives Congress-led administration has failed Nigerians.

Atiku while speaking in Kaduna during his campaign, stated that the administration of APC has been full of propaganda without fulfilling any of its promises made to Nigerians.

“Nigerians have endured enough promises and complaints without taking steps to address such pressing issues. No wonder killings, kidnappings and other social vices have become the order of the day in every part of the country.

“The leadership has no idea on how best to move the country forward, instead, Nigerians are left to carry their cross like sheep without a Shepherd.

“The Peoples Democratic Party, PDP, has proved itself in Nigeria that it has the answer to the numerous problems the ruling party has put Nigerians into. We are determined with the experience, exposure and the technical know-how to take Nigeria to the promised land,” he assured.

The Senate President, Bukola Saraki while speaking said the APC led government has gone to sleep, giving room for the present challenges Nigerians are going through.

He explained, “The APC administration has nothing to offer Nigerians right from the onset, instead, they kept on blaming the previous administration without any way out for the country.

“All these years of APC at the helms of affairs, the only thing Nigerians can remember the present administration with is kidnapping, insecurity and abject poverty.”

He called on Nigerians to vote PDP in the general election as this will help lift Nigerians out of the present challenges.

The National Chairman of the party, Chief Uche Secondus, expressed the readiness of the party to block all forms of rigging the APC was planning to do in the coming general elections.

“The ruling party knows that it has failed Nigerians and the only way they could come back is only through rigging. We will ensure that any attempt to rig the election will be met with serious resistance because we believe in a free, credible and fair election to give Nigerians what they bargain for.

“Nigerians cannot afford to throw another four years of uncertainty in the hands of those that do not have the concern of the plights of over 200 million Nigerians,” he said.

Ahmadu Bello Stadium, venue of the rally witnessed what many Nigerians described as the first of its kind of such multitude of people to assemble for any programme in Kaduna.