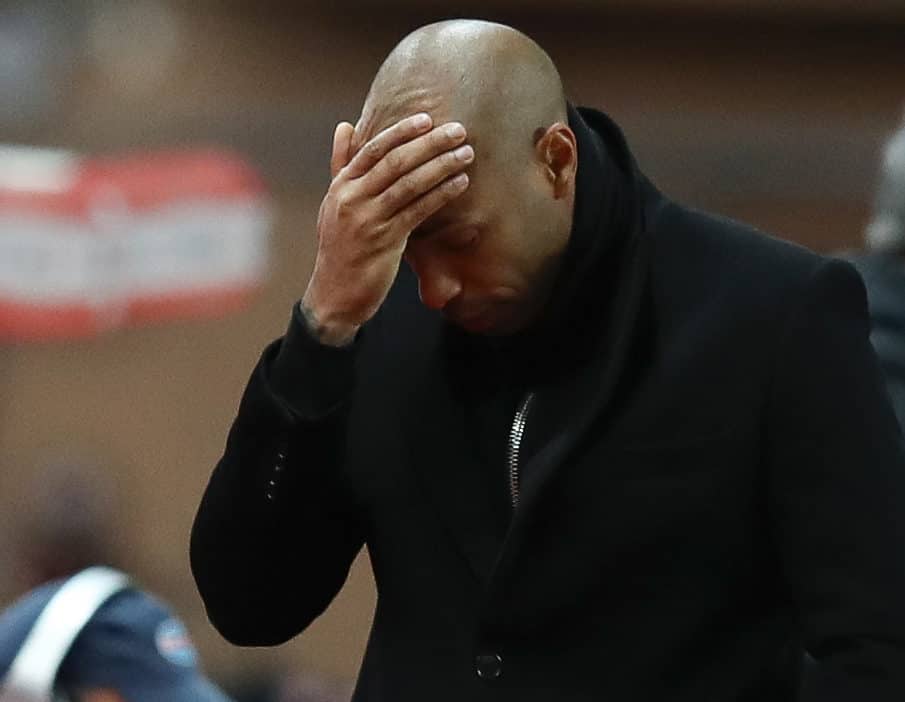 Naija News recalls that Henry has been in charge of the French side since October 2018 with the team struggling in the league under his leadership.

This online news platform understands that Monaco has remained in the relegation zone and are just one point off the foot of the table since the former Arsenal legend took over the managerial role.

A statement by Monaco reads: “AS Monaco announces that it has decided to suspend Thierry Henry from his duties as coach of the first team.

“Franck Passi will train the professional group this Friday,” the club said in a statement on Thursday.

Naija News recalls that Henry signed a three-year contract with the French Ligue 1 side until the summer of 2021 and has just won four games in his first 20 matches.

On Tuesday, Monaco were eliminated from the French Cup by Metz after a humiliating 3-1 home defeat