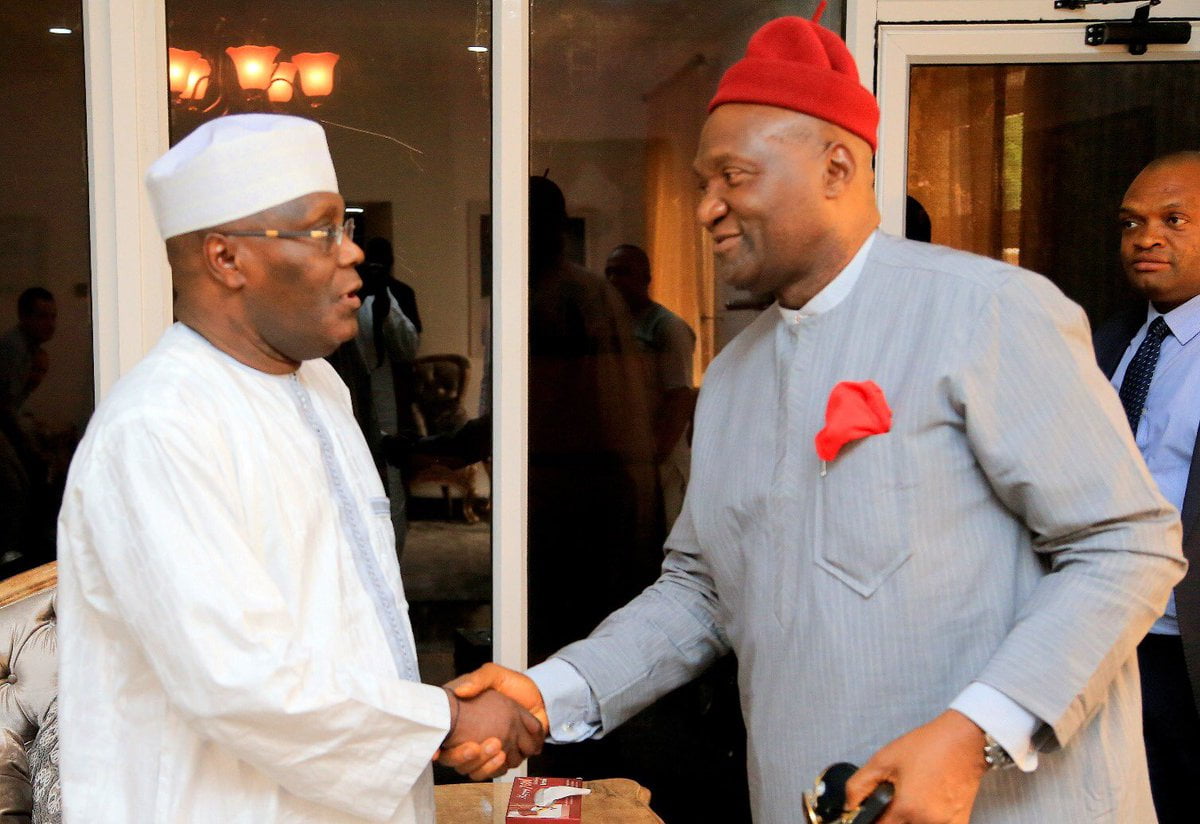 Naija News reports that the PDP Presidential candidate whose running mate is Peter Obi, a former governor of Anambra state, was endorsed on Thursday during a meeting of Imeobi, the highest decision-making body of Ohanaeze.

Giving reasons for its decision in a communiqué issued by its President, John Nnia Nwodo, Ohanaeze said Abubakar picking Obi as his running mate has given “Ndigbo an opportunity for inclusivity”, noting that “Ndigbo must seize the moment”.

Ohanaeze said the PDP Presidential candidate has also made an “avowed commitment to restructuring of the federation and reconfirmed same during his recent visit to the United States in his meetings high-level US officials”.

The communiqué which was issued after the meeting and obtained by Naija News reads: “In its collective search for a polity that is just, egalitarian and inclusive, the Ime Obi Ohaneze Ndi Igbo met today Thursday 24 January 2019 at the Nike Lake Hotel, Enugu, to further deliberate on the future of Ndigbo in the chequered history of a beleaguered country.

“After a critical and dispassionate appraisal of the issues and the visible fault lines in our polity, including the analysis of the election manifestos of the various contesting parties, especially with regards to the restructuring of the federation and continued relevance of our people in the Nigerian geopolitical space, the meeting resolved as follows:

“That Ohaneze remains the apex socio-cultural organization that works for the interest of the Igbo in and outside Nigeria. It attempts to aggregate the views of all other Igbo platforms;

“Ohaneze notes particularly that a major political party (PDP) by the nomination of our son Peter Obi as the Vice presidential candidate has given Ndigbo an opportunity for inclusivity. Ndigbo must seize the moment;

“That the presidential candidate of PDP Alhaji Atiku Abubakar has made an avowed commitment to restructuring of the federation and reconfirmed same during his recent visit to the United States in his meetings high-level US officials;

“In consideration of the above and other relevant existential factors pertaining to the treatment of the Igbo in our polity, the Ime Obi Ohaneze, therefore, hereby ratify the decision reached at the Ohaneze National Executive Committee (NEC)meeting held in Enugu on Tuesday 22 January, 2019, to adopt the Atiku Abubakar/ Peter Obi ticket in the 2019 presidential election. Ime Obi therefore endorses and embraces fully, this ticket without equivocation, especially with regards to the position of Ndigbo at the AWKA Declaration which insisted on a complete restructuring of the Nigerian polity.

“Ohaneze urges Ndigbo to see their PVCs as their most potent tool to ensure a restructured polity and for a better society;

“The meeting further called on the international community to help to ensure a free and credible 2019 elections in Nigeria;

“Finally, Ohaneze urges all Igbo to come out and vote and to protect their votes,” the communiqué added.