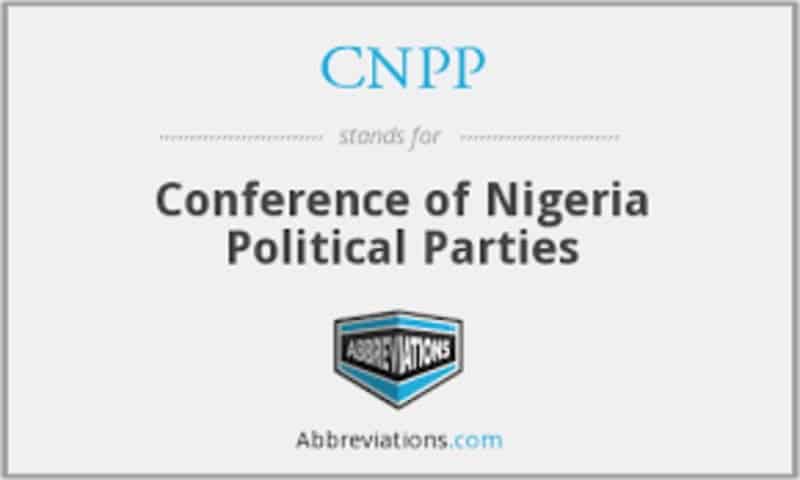 The Conference of Nigeria Political Parties (CNPP), Edo chapter, has joined in the appeal to the Nigeria Labour Congress (NLC) to accept the N27, 000 new minimum wage endorsed by the National Council of State.

The Chairman of CNPP, Mr Roy Oribhabor, made the appeal today in Benin.

Naija News recalls that on receiving the news of the new minimum wage agreed upon by the National Council of State, yesterday, the NLC had rejected the offer and insisted on the N30,000 minimum wage as submitted by the Tripartite Committee in its initial report.

The NLC also noted that the council has no power to override the amount initially agreed upon.

CNPP however urged the NLC to accept the new minimum wage as a matter of love and patriotism, in spite of the economic hardship being experienced in the country.

It emphasized that the appeal became necessary after a critical evaluation of the N27, 000 minimum wage in Nigeria as approved by the NCS.

“In as much as we know things are hard, we solicit for understanding because of the reality on ground today from some states.

“We commend the leaders of the NLC for the foresight and determination to provide acceptable wages for Nigerian workers,” Oribhabor said in a statement.

He also called on state governors to be more prudent with management and allocations of resources for the betterment of the people.

“Therefore, transparency and accountability should be their primary concern.

“Finally, we appeal to labour unions not to allow politicians to use them to advance their agenda to the detriment of the Nigerian State.

“This is the best time to show understanding and accept the minimum wage because the process of salaries increment is never an ending negotiation, hence our appeal,” Oribhabor said.