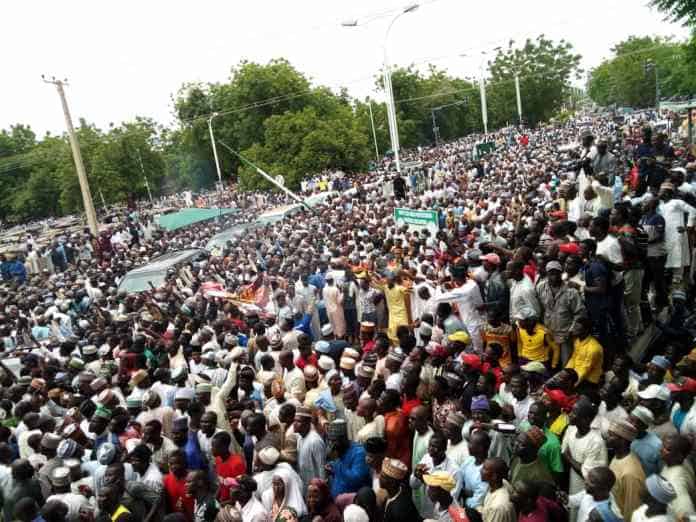 Four persons, including two females, have met their deaths after two different auto crashes involving campaign vehicles belonging to the All Progressive Congress in Jahun and Guri Local Government Areas of the state.

Naija News reports that fatal accidents have been rampant since the beginning of the new year, with many lives and property been lost.

One of those accidents occurred last week Wednesday, at Olokuta axis on Ondo -Akure road. where three persons died after a head-on collision between two vehicles.

The Spokesman  of Jigawa state Police, Abdu Jinjir, told newsmen in Dutse that one of the accidents occurred on January 21 at about 5:30 p.m., when a driver of a campaign vehicle with registration number MMR 364 AA (Golf 3), lost control along Guri-Hadejia road and hit six children.

He explained that the vehicle was conveying party supporters to the venue of the rally organized to flag-off the re-election campaign of Gov. Badaru in Guri.

The spokesman added that three of the children, Maryam Adamu aged four, Habibu Yusif aged nine,and Aminu Abdullahi aged 10, died on the spot, while the remaining three were critically injured.

Jinjiri said that the driver of the vehicle was arrested by the police as an investigation into the case was ongoing.

He further told NAN that the second accident occurred on January 22 at about 8:15 p.m., along Jahun to Kiyawa road, when the governor’s campaign team was returning Gumel.

“On January 22 at about 2015hrs, there was a fatal accident along Jahun to Kiyawa road, involving a ford (Focus) vehicle driven by one Abubakar Ibrahim, aged 35.

“The vehicle, coming from Gumel and heading to Birninkudu, was conveying four female passengers.

“On reaching Yar Jigawa village mine, the driver suddenly sighted a camel crossing the highway and lost control of his vehicle while trying to avoid hitting the camel.

“The vehicle somersaulted and, resulting in the passengers sustaining serious injuries.

According to him, one Aisha Tahir aged 40 of Birninkudu town died while receiving treatment at the hospital.

He added that the surviving victims, including the driver, were later referred to the Federal Medical Centre, Birninkudu, for medical attention.