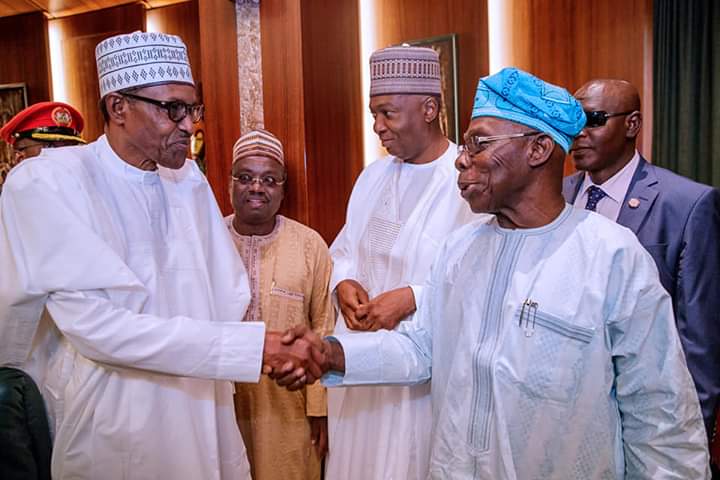 Naija News reports that the elder statesman issued the fresh criticism of the president in an interview with BBC Pidgin.

In the interview, Obasanjo who has since endorsed Abubakar said Buhari has shown “utter incompetence, condones evil and corruption”.

The former President said anyone could steal the whole country and go scot free as long as he belongs to the ruling All Progressives Congress (APC).

His words: “Atiku is not a messiah; he is not a saint. Fortunately, he has not claimed to be. He has not claimed a fake sanctimoniousness. He came here. He acknowledged his past misdeeds and showed remorse,” Obasanjo said.

“I am a believer and a Christian as such and the teaching of God in my own religion is to forgive so that you can be forgiven. In fact, it goes further that if you do not forgive, you have no right to expect God’s forgiveness.

“I’m a sinner and I want God to forgive my sins. So, if anybody who has offended me comes to ask for forgiveness, I must forgive him. That’s number one.

“Number two, the choice that we have for the immediate in Nigerian situation today and the immediate is 2019 is between the candidate of party APC and PDP. The other minor parties will line behind or not sufficiently relevant.

“So, if APC puts down Buhari and PDP puts down Atiku, and from what I know of Buhari and what you know, what he has done and shown is utter incompetence, nepotism, condones evil and misconduct, including corruption.

“The weakness of the body, mind and the totality of Buhari, compared with Atiku, I believe Atiku will perform two times better than Buhari.

“Now, you can steal the whole of Nigeria and if you belong to APC, you are safe. Corruption is not only stealing money; nepotism is a form of corruption.”

Naija News reports that Obasanjo had in his state of the nation address on Sunday, accused the president of taking the country back to the Sani Abacha era.

On Tuesday, Obasanjo and Buhari met at the council of state meeting, where the former president said the opening prayer.

2019 Elections: Buhari Expresses Satisfaction With The Preparedness Of INEC, Meets With EU Observers