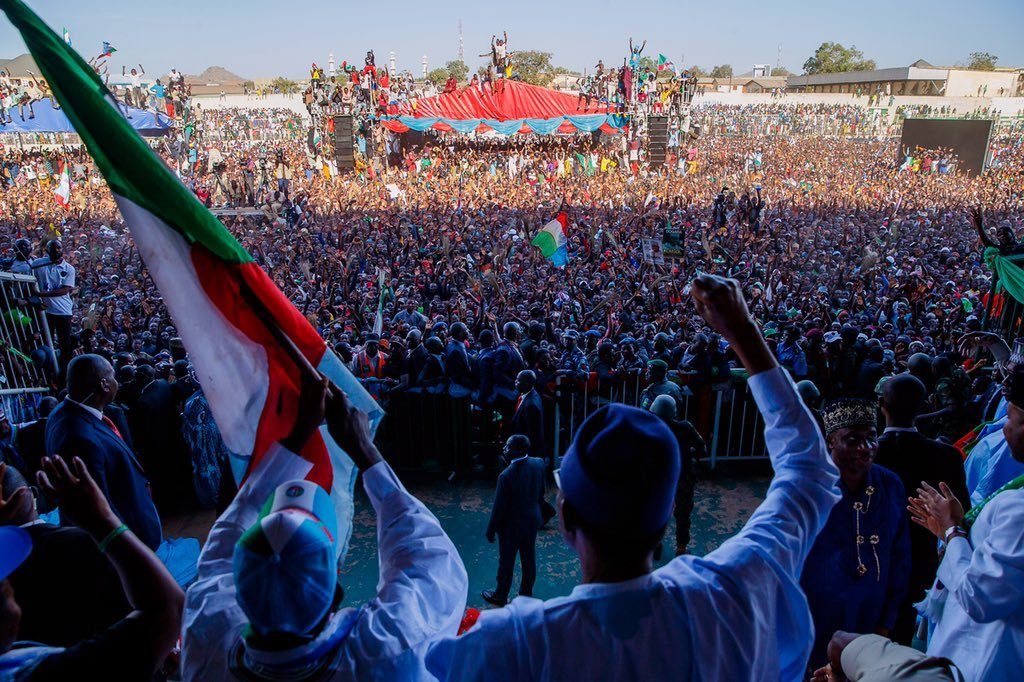 President Muhammadu Buhari has expressed sympathy for those injured during a political rally of the All Progressives Congress (APC)  at Ramat Square, Maiduguri, Borno State.

Several men and women of the party, who wanted a classic view of Assembly speakers, climbed onto the roofs of the pavilions, one of which came down crashing on other spectators.

Malam Garba Shehu, the president’s special assistant for media and publicity, said Monday that the president, who had expressed regret for the incident, had prayed for the speedy recovery of those affected.

President Buhari had on Monday launched his re-election campaign in the states of Maiduguri and Damaturu, Borno and Yobe promising an improvement in the security sector.

The president, who addressed a huge crowd this in both locations, assured residents of both states that his re-election for a second term would provide him with the opportunity to build on his past accomplishments.

According to him, only the residents of Borno and Yobe can better determine if there have been improvements in the security sector.

The president also promised his government to create a strong economy that would create jobs for Nigerians.

Universities That Pull Out Of Strike Will Regret Their Actions – ASUU