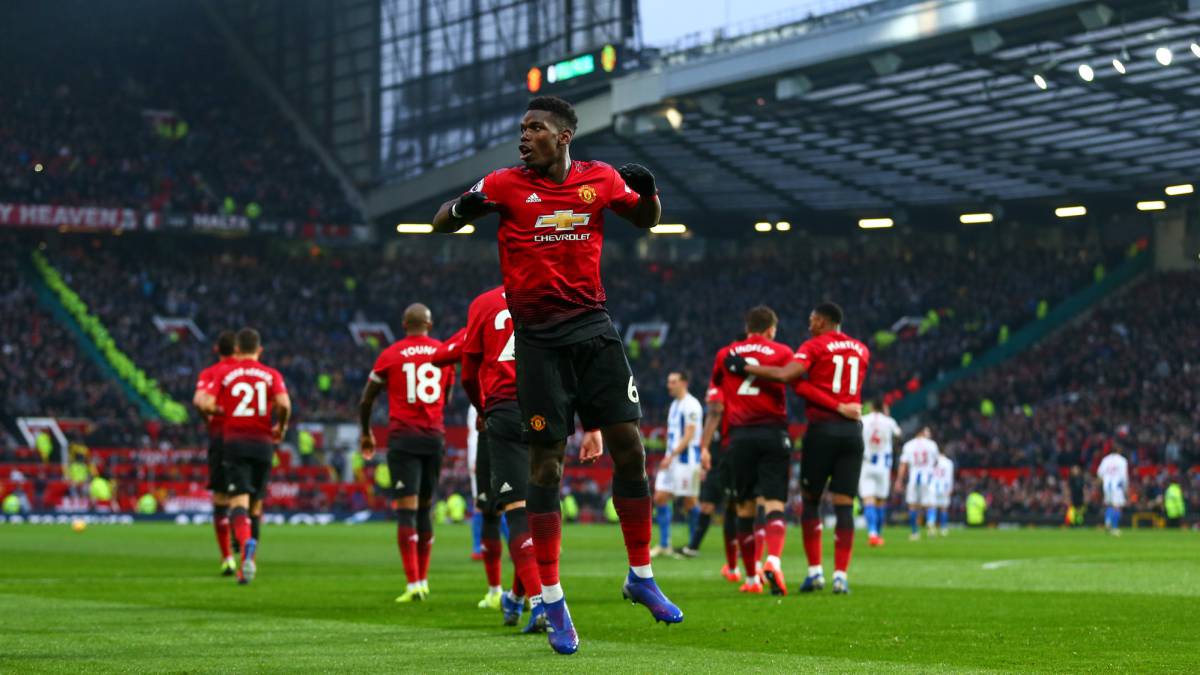 Manchester United have won the seventh consecutive victory with Ole Gunnar Solskjaer on Saturday, beating Brighton & Hove Albion (2-1) with goals from Paul Pogba and Marcus Rashford. The ‘red devils’ continue their climb in the table and are thus placed in sixth position, with 44 points , two of the Champions League posts that Chelsea marks.

Pogba , penalty, and Rashford, after a great play by the left wing started by Diogo Dalot that he defined with a corner kick, they left the match practically sentenced in the first part. Solskjaer left on the bench Juan Mata, who entered the second half, for the second consecutive game and put Ander Herrera in midfield along with Pogba and Nemanja Matic, just like in the triumph against Tottenham Hotspur last week.

Up, the Norwegian again trusted Rashford, who has already six goals in this league championship, and kept on the bench Romelu Lukakuuntil it gave him eight minutes to go. Pascal Gross approached the south of England in the 72nd minute, but Brighton could not get anything out of it and he ran out of time to get at least one point at Old Trafford.

Those of Chris Hughton are thirteenth in the Premier table with 26 points, seven above the relegation zone.

Mbappe Scores Hat-Trick In The Game Against Guingamp