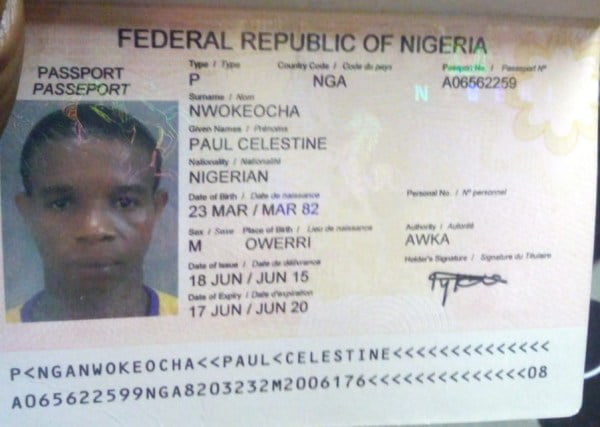 Nigerians living in South Africa have expressed displeasure with the alleged killing of a Nigerian, Celestine Nwokeocha, 36, by the South African Police.

The President of the Nigerian Union in South Africa, Adetola Olubajo,  while expressing  the feeling of Nigerians to on the telephone from Pretoria, South Africa,  earlier today berated the atitude of soth african police officers to the young lad  in the country. He said witnesses reported that Mr Nwokeocha was allegedly tortured and beaten to death in his house at Sasolburg area of Free State Province by the police on January 15.

“An inquest docket has been opened at Zamdela Police Station, Sasolburg, with case number 183/01/2019. “Also, Independent Police Investigation Department (IPID) is involved in the case and we have been assured that justice will be served in the matter,” he said

Mr Olubajo said that two witnesses, Nonso, a Nigerian and Palesa, a South African, were arrested by the same police officers who allegedly killed Nwokeocha.

“The witnesses, however, appeared in court on Jan. 17, but while the South African, Palesa was granted bail, Nonso, who is a Nigerian was denied bail.”Autopsy has been done by one Dr Humphris and no sign of any substance was found in the deceased stomach.”But there are bruises on his face, blood in his mouth and two bruises on his chest; a sign of lack of oxygen,” the president said.

He advised Nigerians resident in Sasolburg to stay calm and remain law abiding while the union works to find justice for the deceased. According to him, Nigerians are advised to avoid engaging in activities that will jeopardise the successful prosecution of the alleged police officers.

Also, on the matter, the office of the Consulate General of Nigeria in South Africa, condemned the killing of Nwokeocha.Laren Jingina, the Vice-Consul, Information and Culture, said: “The Consulate detests in strongest terms, infringements of the law by security agents.

“The consulate demands compliance with the due process of the law, if it suspects infringement by anyone it will do the needful.”

He said that the consulate was already in discussion with the relevant host authorities and would ensure that justice is done and the affected police officers brought to justice.Mr Jingina also urged members of the deceased family and Nigerians living in Sasolburg to remain calm and law abiding as the consulate seeks justice for the deceased.