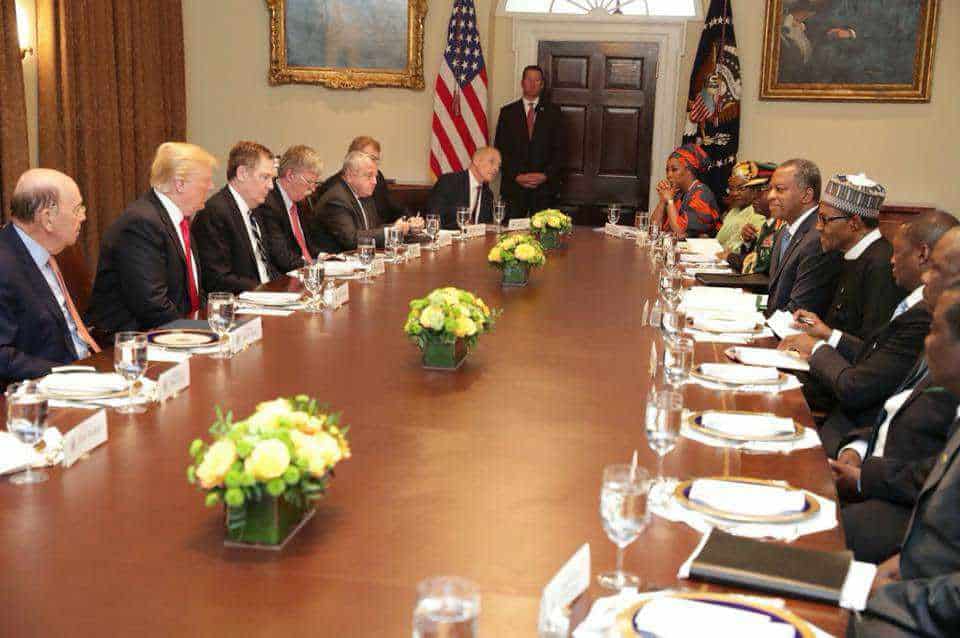 US Lawmakers Call For Peace , Free And Fair Elections

It has reached the United states the rate at which opposition has  without restraint battle with one another in words and statement as the 2019 general elections approach.

Naija News reports that the ruling All Progress Congress APC,  Peoples Democratic Party, PDP, among others have been throwing tantrums at each other over the presidency.

Chris Smith, a member of the United States house of representatives says the reports of the harassment of opposition leaders are extremely concerning,

In a resolution to encourage peaceful elections, Smith appealed to stakeholders to be committed to peace.

He said the elections are critical to the future of the country and should therefore be free and fair.

“Reports of President Muhamadu Buhari’s apparent crackdown on non-violent protests and harassment of opposition leaders are extremely concerning, as well as the ongoing violence that has been perpetrated by extremists, particularly in the Middle Belt region,” he said.

“The violence must be stopped, along with any subversion of the electoral process. The Nigerian government must see to free and fair elections, which this resolution calls for.”

Karen Bassm, Steve Chabot who co-chairs the Nigeria caucus, Elliot Engel, chairman of the house committee on foreign affairs, are among those serving on the subcommittee on Africa.

“It is in the best interest of the United States to maintain a strong bilateral relationship with a politically stable, democratic, and economically sound Nigeria that can play a leadership role in the region and the continent more broadly,” Bass said in a statement.

“A credible, transparent and peaceful election this coming February would further consolidate democratic gains achieved over the last two decades. Nigerians are deeply committed to democracy and ensuring transparency in electoral preparations, which would build public confidence in the electoral process.

“This resolution sends the message that the people of the United States will continue to stand with the people of Nigeria in support of peace and democracy.”

For Engel, this legislation reaffirms US’ long- standing commitment to strengthening democracy in Nigeria.

“In 2015, Nigeria became another democratic role model for countries on the continent, showing that a credible electoral process could result in the peaceful transition of power from an incumbent to the opposition,” he said.

“Regardless of the outcome, my hope for the upcoming presidential, gubernatorial, and National Assembly elections is that Nigerian politicians, citizens, and the electoral commission will build on the successes of 2015 to further consolidate democracy in Nigeria.”

On his part, Chabot said there is still work to be done to ensure the elections are transparent, peaceful, and credible.

He said the resolution lays out the necessary steps to achieve these goals, and urged Nigeria to conduct elections free of violence.

In another news, the US had raised concern over the handling of security in the elections.