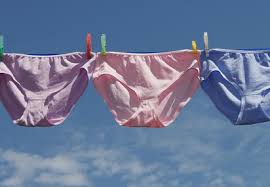 A teenage boy has been arrested by police in Anambra state for allegedly stealing a woman’s underwear for ritual purposes.

The command’s Public Relations Officer, Mr Haruna Mohammed, who confirmed the incidence said the suspect, 19, was apprehended on January 11, at Onitsha.

“The suspect allegedly stole a female pant washed and spread on a line at 21, Umuna Street, Odoakpu, Onitsha in Anambra.”

According to him, the suspect had planned to sell the the underwear to an unidentified person for N80,000 fo ritual purposes.

He said the underwear was seized from the suspect to serve as exhibit and efforts are been made to arrest his accomplice.

The Police spokesperson implored the public to be vigilant and report to the nearest police station, any suspicious person or persons in their vicinities for prompt action.

According to him, the advice is important to avert this new trend of crime in the society.