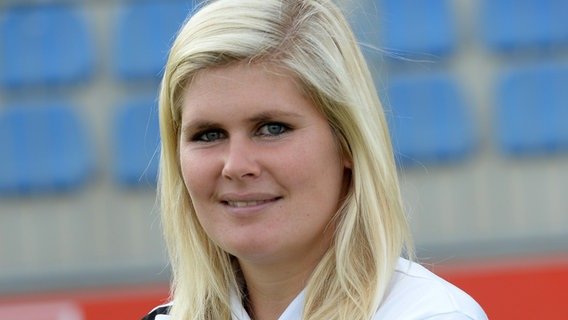 Germany’s first female to coach a football club in it’s top five divisions has jokingly told a journalist that she selects her line-up based on her players’ manhood size.

Imke Wubbenhorst was appointed as head coach of fifth-tier outfit BV Cloppenburg in December after half a season leading their women’s team.

In a short interview with German newspaper Welt, when asked if her players should cover themselves up before she came into the changing room, she replied: “Of course not. I’m a professional – I pick the team on penis size…”

30 year old Wubbenhorst, is a former Cloppenburg player and Germany Under-23 international.

She retired from playing football in 2016 and has been employed in coaching roles with the club’s women’s team since then.