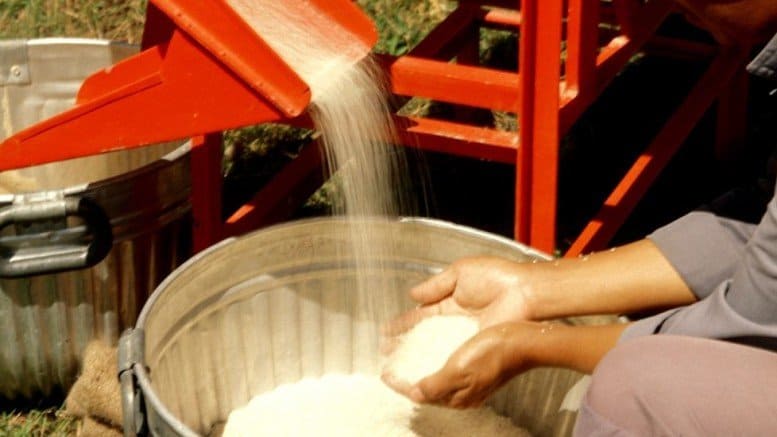 The Central Bank of Nigeria has concluded plans to compensate about 550,000 rice farmers affected by the 2018 flood disaster, the Rice Farmers Association of Nigeria reveals.

Aminu Goronyo, the President of RIFAN, while speaking to NAN on Tuesday, in Abuja, said the governor of the CBN, have directed that the loan should be restructured for a period of four years.

“Instead of paying the loan in three installments within a year, the loan will be restructured to be paid within four years now and be paid by installments.’’

He stated that the decision was reached after a meeting between the Director, Developing Finances of CBN and RIFAN executive.

Goronyo stated that banks have been directed by the apex bank to give loans to the affected farmers so they can reinvest into their farms to recuperated their loses ahead of the coming farming season.

“RIFAN is working on the Federal Ministry of Agriculture and Rural Development, the Presidency and the CBN to compensate the victims as promised by President Mohammadu Buhari.

“RIFAN is also seeking assistance from the CBN to restructure the loans to alleviate the suffering of the affected farmers and make them go back to the field,’’ he said.

He said that another meeting on adequate compensation to the affected farmers in under the RIFAN/ CBN/ ABP model programme Nigerian Agricultural Insurance Corporation (NAIC) indicated that succour was on the way for farmers negatively impacted by the excessive rains of 2018.

Goronyo said that rice farmers on the auspice of RIFAN had earlier cried out to the federal government to intervene in their misfortune in the wake of flooding in some part of northern Nigeria.

NAN recalls that the flood destroyed over 100,000 hectares of rice farms in Jigawa, and affected 19,000 rice farmers across the 23 local government areas of the state.