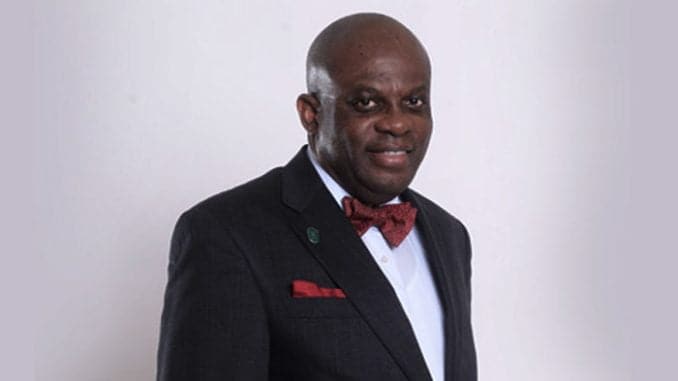 The trial of the President of the Nigerian Bar Association (NBA), Paul Usoro, on charges of allegedly laundering N1.4 billion has been re-assigned to Justice Chuka Obiozor of the Federal High Court Lagos.

Naija News learnt that the Chief Judge of the Court, Justice Adamu Abdu-Kafarati, re-assigned the case from the courtroom of Justice Muslim Hassan on Monday after he granted the request of the NBA President for a change of judge.

It will be recalled that at the last sitting of the court in December 2018,  former president of the NBA and Senior Advocate of Nigeria, Mr Wole Olanipekun, who led Mr Usoro’s defence team had drawn the court’s attention to a letter written by his client to the Chief Judge of the Federal High Court, seeking the transfer of the case to another judge in Lagos or to any judicial division between Uyo and Abuja.

Naija News however recalls that the embattled lawyer recently condemned plans by the Code of Conduct Bureau (CCB), to try the Chief Justice of Nigeria, Justice Walter Onnoghen.

He urged the court to await the decision of the Chief Judge on the issue before proceeding with the arraignment. But counsel to the Economic and Financial Crimes Commission (EFCC), Mr Rotimi Oyedepo, opposed to the move.

He urged the court to go ahead with arraignment which was the issue of the day.

In a ruling on the issue, Justice Muslim Hassan held that going ahead with the arraignment would not preclude the Chief Judge from taking a decision on the letter.

He, thereafter, directed that the charge be read to the defendant.

The NBA President had pleaded not guilty to the 10 counts of alleged conversion of N1.4 billion belonging to the Akwa Ibom State government. After this, his lawyer moved his bail application.

#CorruptionCase EFCC arraigned President of @NigBarAssoc, Paul Usoro, SAN over alleged N1.4bn money laundering. He pleaded not guilty and was granted bail in the sum of N250m and one surety. The defendant told court that he sent a letter to the CJ seeking transfer of the case. pic.twitter.com/oNyN5kFkql

In the absence of any opposition from the EFCC, the judge admitted Mr Usoro to bail in the sum of N250million with one surety in like sum. The judge also ordered the NBA President to deposit his international passport with the court.

The case has been adjourned till February 5.