No fewer than twenty people have been reported dead in Ekiti after a trailer rammed into a market in Iworoko on Saturday evening.

According to eyewitnesses, the trailer, which was carrying bags of rice, lost break as it was coming from the Ifaki area of the state. 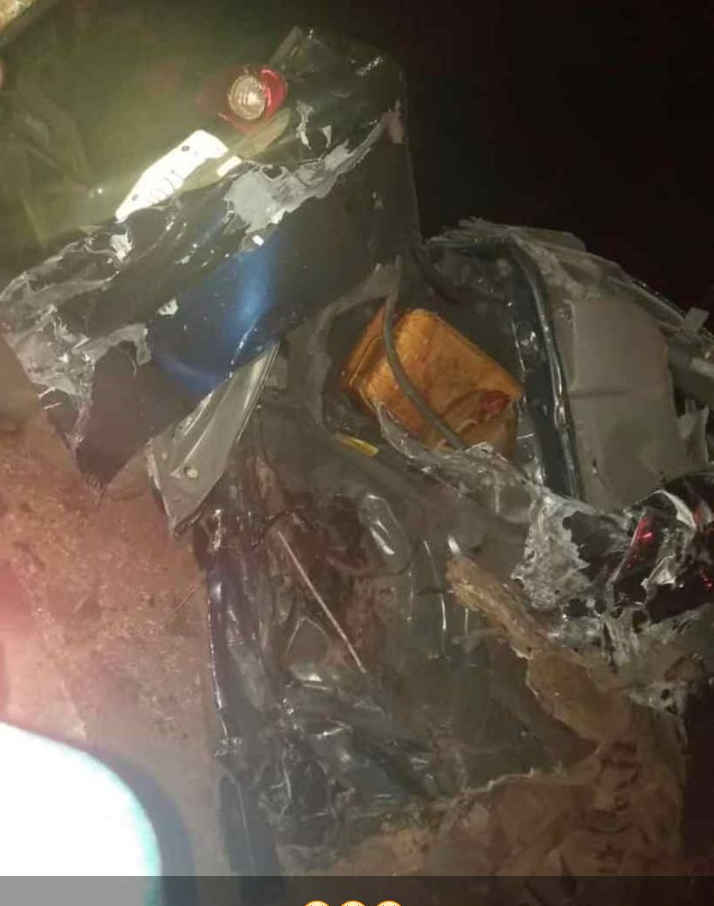 Naija News learned that the trailer was said to have lost control while trying to use the kerbs on the road as a stoppage and rammed into a minibus, and swerved onto the other side of the road, claiming lives and properties.

Scene of the accident.

Meanwhile, as at the time of filing this report, several people were still under the trailer waiting to be rescued with the police and other agencies yet to make a statement on the incident.

Watch the video from the scene of the accident below…

Dozens Feared Dead After A Tanker Explosion In Cross River