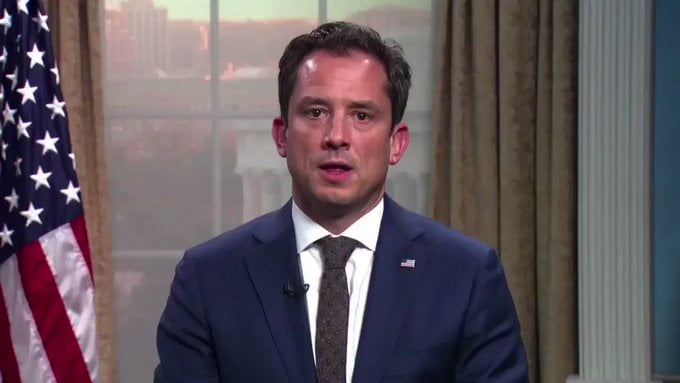 “Taking note” of the results of the presidential election of December 30 won by Felix Tshisekedi, according to the electoral commission, the United States still require clarification on the count of results.

Naija News had earlier reported that France on Thursday said that the results of the presidential election in the Democratic Republic of Congo announced Wednesday were “not consistent” expectations and that the opponent Martin Fayulu was “a priori” winner.

What happened ? How was the vote? How was the compilation of the results? In any case, the United States, although having “taken note”, want clarification on the presidential election of December 30 in the DRC .

“The Independent National Electoral Commission has announced the provisional results, but we are waiting for clarification on the issues raised regarding the election count. The United States notes that stakeholders have the opportunity to request a review of the provisional results announced to ensure that they reflect the will of the Congolese people expressed in the ballot box, “said Robert Palladino, Deputy Spokesperson , from the US State Department.

A requirement that seems to measure the irregularities that the country of Uncle Sam would have identified. “Many of these voters have waited long hours to make their voices heard. Many other voters were unable to vote due to problems with the organization of polling stations, missing election materials or the cancellation of elections in Ebola-affected areas of Beni and Butembo, but nevertheless found ways to creative, peaceful and inspiring to express their desire for a more peaceful and prosperous Congo, “added Robert Palladino.

According to the Independent National Electoral Commission ( CENI ), this election was won by Felix Tshisekedi (38.57%) to the detriment of another opposition figure Martin Fayulu (34.8%). If the Kabila camp whose candidate failed (23.8%) said to take our verdict, these results were rejected not only by Martin Fayulu who spoke about an “electoral coup” but also by civil society actors .

Joys and tears in the DRC

“We take note of the publication of the results by the CENI , but the published results do not correspond to the data collected by our electoral observation mission,” said Fr Donatien N’shole, Secretary General of the National Episcopal Conference of the Congo ( CENCO ). Without mentioning the winner as the church said last week.

On the foreign side, France was the first major Western power to vote on the Congolese electoral process. “It seems that the results proclaimed are not consistent with the results that we have seen here or there,” said French Foreign Minister Jean-Yves Le Drian on the news channel CNEWS . This, assuming that Fayulu was “a priori” winner.

While cogitating and speaking in political and chancelleries, the violence was raging on the ground. According to concordant sources, more than 11 people were killed and many injured during clashes between police and Fayulu activists who challenged the CENI verdict .

And there is no indication for the moment that the political future in the DRC will not be as tumultuous as the rapids of the majestic Congo River.