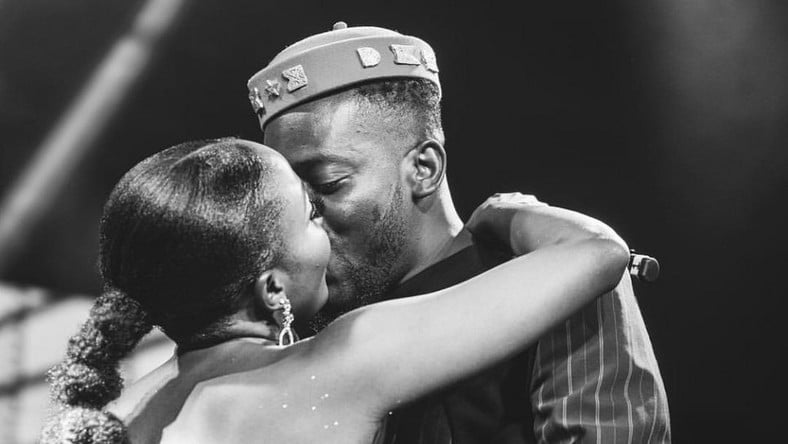 A video of the singers have been released online from their private wedding, despite warning against photos taking and video shoots.

The couple have always kept their relationship private, and their wedding came as a surprise to a lot of fans.

Their wedding introduction was not made known to the public but thenet reports:

“Did you guys hear that Simi and Adekunle Gold are now engaged? The two had a low key introduction ceremony this past weekend. ??????
.. It was attended by only their family and close friends, and photos were not allowed to be taken. Wish them all the best guys! And when you see photos, remember we told you first” ????❤️❤️❤️❤️
They are now accepting hashtag suggestions oh

#AdekunleGold and #Simi digging it at their wedding today. Love is sweet! ❤ #LailaNews