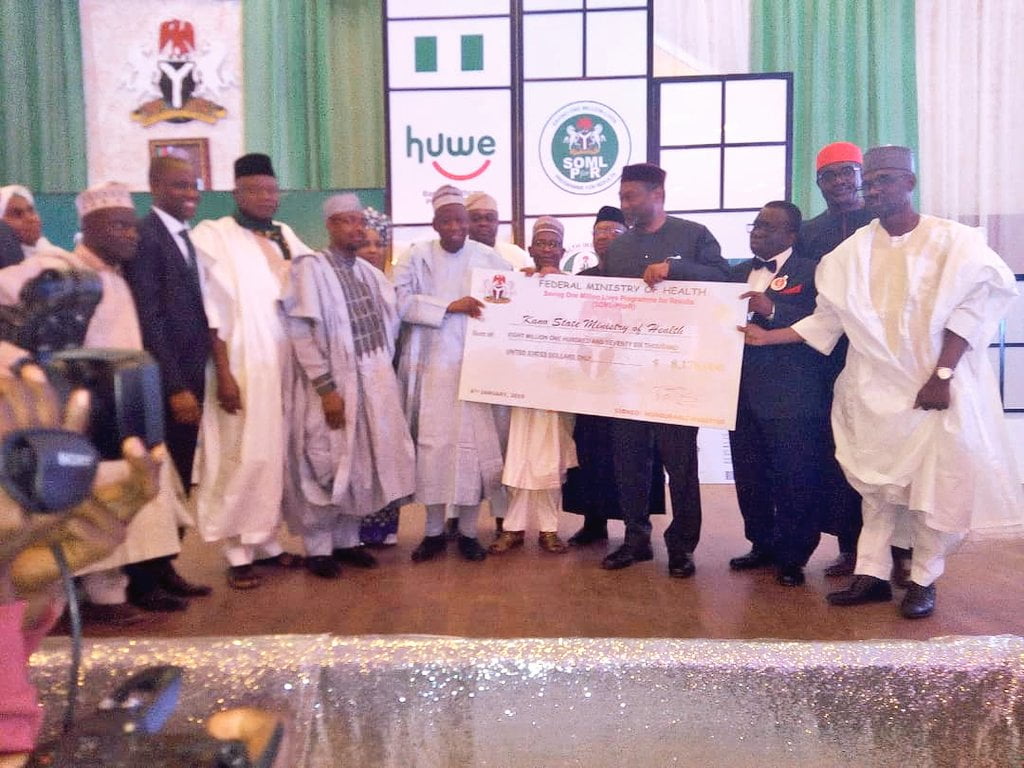 The Chief Press Secretary to the governor, Malam Abba Anwar, who disclosed this in a statement, said that the money, given to the state under the Save One Million Lives Programme, was to be used for more healthcare service delivery in the state.

Kano State Govt under the leadership of H.E @GovUmarGanduje has won N2.9Billion ($8.1Million) as the North West Zonal champion in the implementation of the Save One Million Lives Programme for Results @SOML_PforR which is an initiative of the FG in partnership with World Bank pic.twitter.com/aHL2aWNBUM

“The cheque was given by President Muhammadu Buhari, who was represented by the Minister of Budget and Planning, Udoma Udo Udoma, at the Presidential Villa, Abuja.

“The state was among 12 other states that excelled in the sector and Kano was the best among the North-West states.

“Gov. Ganduje collected the cheque on behalf of his state,’’ he said.‎

The chief press secretary recalled that one million dollars was given to each of the states in the federation as intervention in some selected areas of the health sector in 2018.

He listed the selected areas as Immunisation Coverage; Bed Net Use by Children under Five; Vitamin A Supplementation; Child Birth Spacing; HIV Testing during Pregnancy and Skilled Birth Attendants for Quantitative and Qualitative Care.

“Kano is fast moving forward in the health sector’’.‎

“The money given is to complement the state’s efforts in this area. In all the six identified areas of the programme, Kano excels beyond any comments. “We are doing our possible best to see that all identified areas are given the much needed attention,’’ the statement quoted Getso as saying.