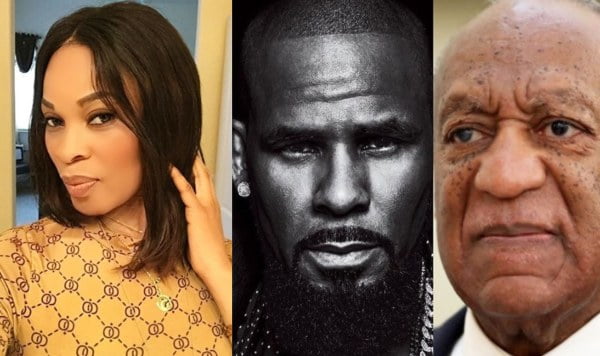 Onuoha Advise Parent Against Forcing Kids To Be Friends With Celebrities

Georgine Onuoha, took to her Instagram account to advise parents who call on their children to be friends with celebrities, this she stated after seeing the ‘Surviving R. Kelly‘ docuseries.

In her statement, she raised hopes that R.Kelly ends up in jail just like Bill Cosby was sentenced for his crimes towards women.

It is scary to know that these monsters abused women sexually for decades. While Bill Cosby is finally in jail for the crimes he committed by drugging women and sexually molesting, I can’t wait to see R Kelly face same faith. It’s high time the black community stop protecting these predators.

R Kelly married late Alliyah at 15, have been molesting young black and brown girls for 3 decades. Holding them against their wishes, yet no justice for these women?? If Surving R Kelly series is what it’s going to take to finally put this monster behind bars so be it.

Dear Fans, No celebrity is a saint. Don’t push yourself or your kids to be friends with any of them. People are usually not the character they portray in movies or on stage as musicians or comedians. Majority will use their fame to enslave you.. charm to imprison and defraud you.

Learn to differentiate the real man or woman from their talents.

Don’t entrust the care of your underage kids both boys and girls. Lots of pedophiles around.