Nigerian gospel singer and owner of Fresh FM, Yinka Ayefele, has appreciated the Oyo State Government for building his music house which was partially demolished on August 19, 2018.

The partial demolition was carried out by the State Government following an infringement of some building laws, however the story changed when some Nigerians challenged the Ajimobi led administration, Naija News recalls.

Few months after the demolition took place the state government decided to rebuild the structure that was demolished.

Ayefele, in a statement that was released and signed by the management wrote;

“The management and staff of Yinka Ayefele Limited is using this medium to thanks His Excellency, The Executive Governor of Oyo State, Senator Isiak Abiola Ajimobi for rebuilding the Music House. We appreciate you so much sir.” 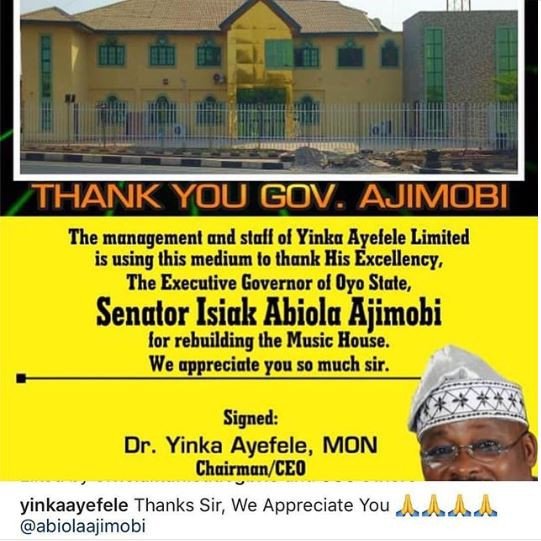