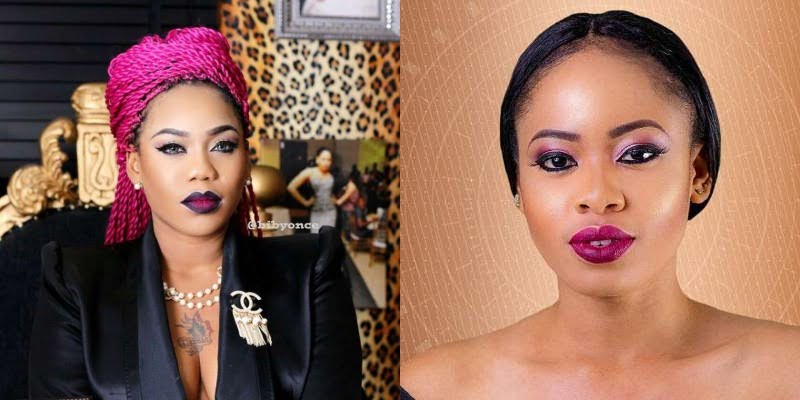 Nigerian entrepreneur, Toyin Lawani, on Twitter called out former Big Brother Naija housemate, Nina for backbiting on her and thereafter referred to her as a bitch.

Recall that last year Toyin had slam Nina on her Instagram account, for meeting with Miracle in Ghana.

Toyin, during an interview few days after stated that all their differences has been resolved. But in the year 2019 it seems there is topic to shade light on between them.

The drama started when the reality star wrote a comment on Toyin’s post celebrating her son, Tenor’s birthday.

READ ALSO  Chimamanda Speaks On Why Women Need Self Confidence

Toyin who had responded to the comment, stated that on her own birthday, she gave her a personal shout-out on Instagram which she expects Nina to do for her son.

Well, some of Nina’s fans found Toyin’s comment offensive and decide to tackle her on twitter but Toyin wasted no time to attack them and Nina. She threatened to reveal the real reason why herself and Nina fell out.

See her statement below: 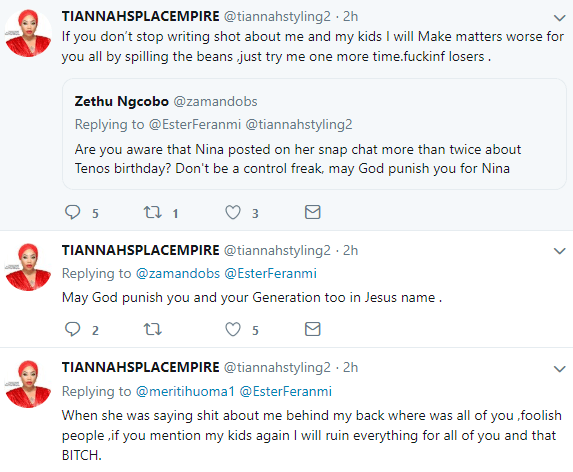