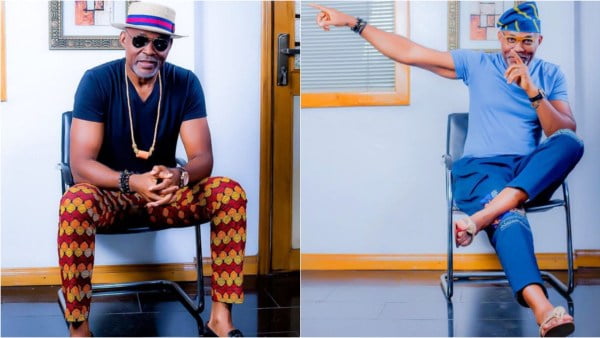 Vateran Nollywood star, Richard Mofe-Damijo aka RMD has admonished his fan to desist from living fake live for attention online.

The star, gave this advice in his new year massage shared on his Instagram page @mofedamijo, he charged young people to do better in 2019.

RMD was reacting to the online buss late last year where users from all works of life posted pictures of new cars and houses.

He stressed that there were that there was no need to fake success in the bid to attract real success as it mounts unnecessary pressure on people.

“I am no longer surprised when people who earn next to nothing allegedly buy multi-million dollar cars and homes, after all the catch phrase is “fake it till you make it”.

“But the question is, is faking it a guarantee to making it, absolutely not. I have never believed the principle of faking it till you make it because it is a faulty principle.

“It often puts people in trouble, so I want to share a principle that has worked for me, which is the principle of faith and utter total trust in God’s word.

“The principle that is sure to not only produce results but results that are long lasting, not the fleeting fame and fortune that comes with faking it.

“So welcome to 2019, and instead of faking it again this year, I dare you to faith it till you make it, Happy New Year again people. One Love,” RMD said.

RMD came into limelight in the 1980’s with the hit show ‘Ripples’ and has since won several awards including the African Movie Academy Awards (AMAA) in 2005.