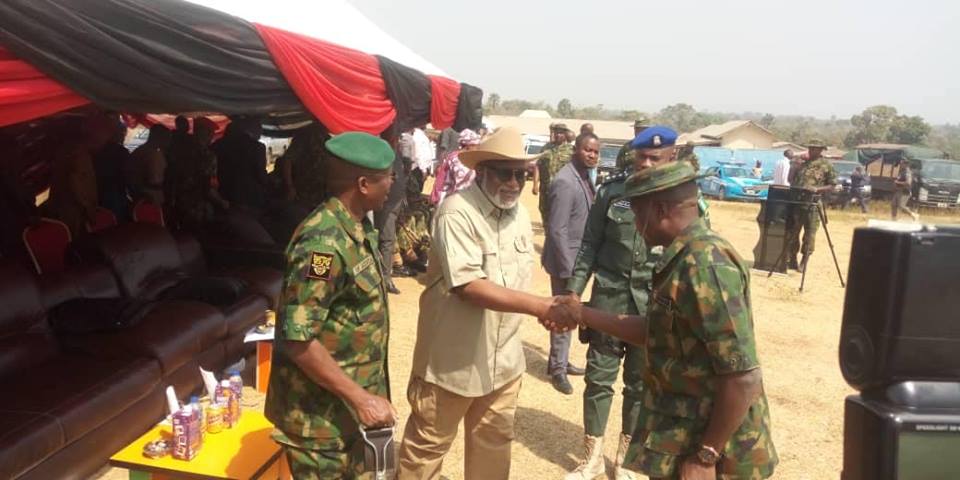 The 2 division of the Nigerian Army has flagged off the exercise python dance in its area of responsibility in line with the instruction of the Chief of Army Staff, Lieutenant General Tukur Yusuf Buratai.

Recall that as earlier published by Naija News, Buratai who was represented by Major General Lamidi Adeosun the Chief of Training and Operations at a news conference held recently in Maiduguri, Borno State, announced the plans to conduct the exercise which is to tackle already observed upsurge in security challenges as the 2019 general elections draws nearer.

As reported, the exercise would be conducted from January 1 to February 28, 2019.

A statement made available to Naija News by Col. Hassan Ifijeh Mohammed, Deputy Director Army Public Relations 2 Division Nigerian Army on 3rd January 2019, said the division has flagged off the exercise within her Area of Responsibility at Owo, Ondo State.

The GOC assured him that the Nigerian Army troops in the State will work closely with other security agencies to ensure improved security in all parts of Ondo State and 2 Division Area of Responsibility.

The GOC also urged the troops that will be participating in the exercise to conduct themselves in a professional manner.

In his words ” You must apply the training you have received, stick to the rules of engagement while respecting human rights” he noted.

The Ondo State Governor, Arakunrin Oluwarotimi Akeredolu SAN, said he is convinced beyond reasonable doubt that the 2 Division Nigerian Army is capable of flushing out the criminal elements in the state considering the recent achievement in the ongoing internal security operations in the state embarked upon by the officers and men of the 32 Artillery Brigade, Akure.

“I wish to state that as a government, we are fully aware that no meaningful development can take place in an atmosphere devoid of peace and security. We therefore attach great importance to the issue of security in all parts of the state” he said.

“I wish to assure you that the state government will continue to support the security agencies within the available resources in carrying out their constitutional responsibilities, I hope that this exercise will assist greatly in flushing out all criminal elements within the nooks and crannies of the state from their hideouts to give it the deserved peace and tranquility required for social and economic development” he said.