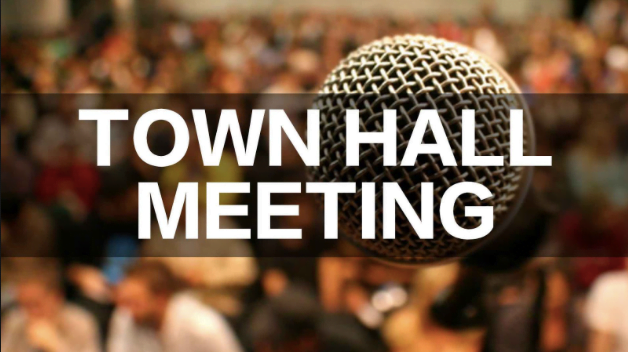 The presidential candidates of four political parties have been scheduled to participate in televised town hall meetings alongside their running mates ahead of the 2019 presidential election.

"THE CANDIDATES”
A PRESIDENTIAL TOWNHALL SERIES
As 91 political parties and their respective Presidential candidates vie to lead Nigeria’s next administration https://t.co/5QESWS67Pe

Naija news learnt that the town hall meeting tagged ‘The Candidates’ organised by The Nigeria Television Authority and Daria Media, in partnership with MacArthur Foundation would be a two-hour televised series iset to hold between the Presidential and Vice Presidential candidates for four leading political parties.

The parties, according to a statement by Daria Media, are selected from the results of multiple polls aggregated by the Centre for Democracy and Development.

Four leading parties and their Presidential and Vice Presidential Candidates in a live televised conversation with me and other stakeholders including voters and CSOs. You can be a part of this. To register go to https://t.co/HYQbLmZT6G @macfound @Omojuwa @ogundamisi pic.twitter.com/2YpXiezv9X

Naija News however recalls  that presidential candidate of the African Action Congress (AAC), Omoyele Sowore last year berated   and  dragged Nigeria Election Debate Group (NEDG) to court over the exclusion of his party’s Vice-Presidential Candidate, Mr Rabiu Rufai in the debate which held on Dec. 14.

The media company added that the town hall series would be moderated by a journalist, Kadaria Ahmed.

The statement reads, “The candidates will provide a unique platform for direct interaction between the presidential and vice-presidential candidates of the leading political parties in Nigeria and citizens.

“There will be an audience of 100 people for each town hall, including CSOs and the

Diplomatic Corps, as well as citizens who have applied online via daria.media selected via an impartial and fair application process; other participants will join the conversation via social media and phone calls.

“It will be an opportunity for Nigerians to hear directly from the aspirants and to ask them questions on governance and nation-building. The candidates will be broadcast across Nigeria on all platforms: live on NTA, and on all Radio Nigeria stations, other partner TV stations, as well as streamed online at www.dtv.media to enable Nigerians in the diaspora and those not near television screens to participate.”