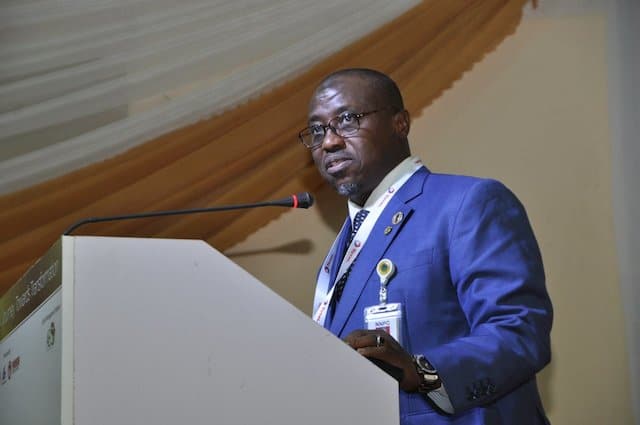 The Group Managing Director of the Nigerian National Petroleum Corporation(NNPC), Maikanti Baru, has said that the country’s refineries had not undergone Turn Around Maintenance(TAM) for an aggregate of 42 years, Naija News Understands.

The GMD of the @NNPCgroup, @DrMKBaru, has felicitated with #Nigerians in all walks of life on the occasion of the #NewYear.

Mr Baru disclosed this in his New Year message issued by the Corporation spokesman, Ndu Ughamadu, on Monday.

He said that in spite of the challenge, major rehabilitation works were carried out in all the three refineries.

He said that the Warri Refinery and Petrochemical Company had its Distribution Control System successfully upgraded while the Port Harcourt Refining Company had major interventions in Fluid Catalytic Cracking Unit, and Power Plant Unit fixed.

He added that Kaduna Refinery and Petrochemical Company was undergoing major repairs of its , Catalytic Reforming Unit and Crude Distillation Unit 2.

According to him, efforts were afoot to get the original builders of the refineries to carry out TAM on them after securing favourable private funding for the exercise.

On the downstream sector, he said that although 2018 was riddled with some supply shortages, he was delighted that the corporation rose to the occasion with the support of President Muhammadu Buhari and the resilience and hard work of NNPC staff members.

“As at today, there is fuel availability in the nooks and crannies of the country,’’ he said.

He further disclosed that the NNPC imported a total of 15.874 million metric tonnes of petrol through the DSDP and the NFSF arrangement in 2018.

“As at today, the NNPC has 2.98 billion litres, equivalent to over 59 days sufficiency at 50 million litres daily evacuation,” he said.

On the Industry milestones in the outgone year, Mr Baru disclosed that the Egina project had achieved First Oil at 11.20pm on Dec. 29, 2018 while he noted that the Egina Floating Production Storage and Offloading, FPSO, vessels was currently adding 200,000 barrels of oil per day to the country’s crude oil output.

Compared against the low-level daily crude oil production in 2016 and what obtains now, Mr Baru said the nation had maintained a line of consistent year-on-year improvement.

He described the feat as the strongest production growth within the oil Industry in recent times, even as he added that it was worth being celebrated.

The GMD said NPDC’s equity production share which stands at 172,000bod, representing about eight per cent of national daily production, was no less impressive.

He added that the desired results were the outcomes of initiatives his Management team intended, among which, he noted, were the Asset Management Team (AMT) structure, Strategic Financing, Units Autonomy and security architecture framework.

Mr Baru promised that NNPC would stick to the Repayment Agreement with the JV Partners while transiting to self-funding IJV modes with the corporations’ partners.

“Tiding up the Cash Call issues has led to increased commitment and enthusiasm to invest in Nigerian Oil and Gas Industry even as it has also boosted NNPC’s credit profile internationally,” he added

Mr Baru highlighted the achievements of NNPC in the Upstream sector by listing other milestones achieved by his team to include: reduction in contracting cycle for Upstream Operations to nine months from an average of 24, even as the corporation targeted a six-month cycle.

Others include lowering of production cost from 27 dollar per barrel to 22 dollars per barrel; and improving on the security situation in the Niger Delta through constructive engagement and dialogue with relevant stakeholders.

Mr Baru revealed that in the frontier basins, NNPC had intensified explorations activities in the Benue Trough, with the expected spudding of Kolmani River Well 2 on Jan. 19, 2019.

He explained that activities would resume in the Chad Basin as soon as there was a green light on the security situation in the enclave.

According to him, a reputable Project Management consulting firm is collaborating with an NNPC team to achieve accelerated implementation of the projects.

He assured that full implementation of the project would boost domestic gas supply from about 1.5bscf/d to 5bscf/d by 2020, with a corresponding 500 per cent increase in power generation and stimulation of gas-based industrialization.

Mr Baru said all existing power plants in the country now had a permanent gas supply pipeline infrastructure, even as he stressed that the corporation would continue to expand and integrate its gas pipeline network system to meet increasing domestic gas demands.