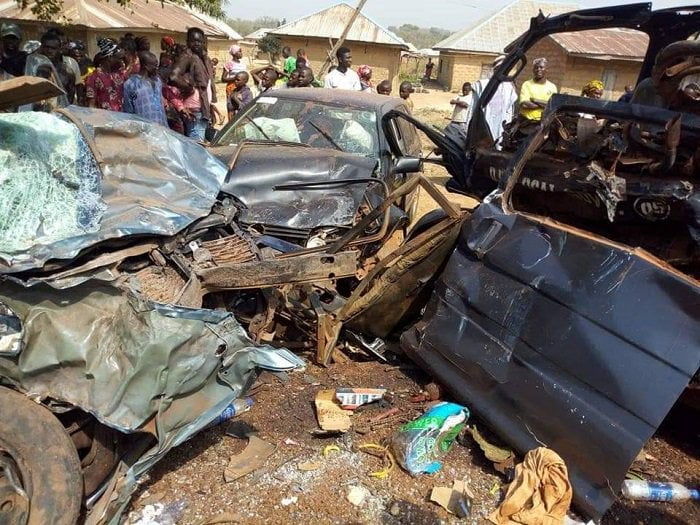 2019 has seen the end of eight persons who died in a car accident along Ndidem Iso Road in Calabar, the Cross River State capital yesterday around 2am.

The Nation gathered the accident occurred when a speeding Toyota Camry car rammed into a taxi that was trying to make a U-Turn at the Apples’ axis of the road.

One person sustained injuries in the accident.

The taxi had seven occupants, five male and two female, including the driver, who died on the spot.

The driver of the Camry vehicle, a young man, who had a female passenger in his vehicle, also died it was gathered.

Only the young woman survived.

The police confirmed the incident, declaring the bodies had been taken to the University of Calabar Teaching Hospital (UCTH) mortuary.