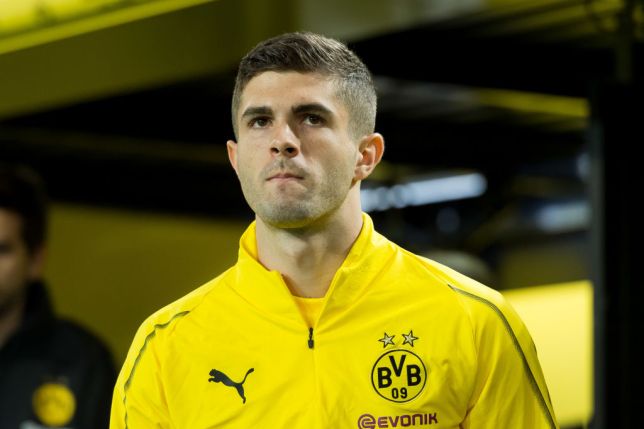 The 20-year-old will however be loaned back to Dortmund until the end of the season, Naija News understands.

He made his Bundesliga debut, at the age of 17, in January 2016, and two months later, was called up to the USA team.

Pulisic has gone ahead to make 81 appearances in the German top flight and played 20 games in the Champions League.

He has already scored three goals in 18 appearances in all competitions for Dortmund this season and scored nine goals in 23 games for the US.

“It’s a privilege to have signed for such a legendary club,” he said after putting pen to paper.

Dortmund director Michael Zorc said: “It was always Christian’s dream to play in the Premier League.

“That certainly has to do with his American background, and as a result we were unable to extend his contract.

“Against this background, we have decided to accept an extremely lucrative bid by Chelsea, given the low contract maturity.”

“At just 20, we believe he has the potential to become an important Chelsea player for many years to come,” she said.

Pulisic can play as an attacking midfielder or winger and was earlier linked with clubs such as Arsenal and Liverpool before making the switch to Stamford Bridge.