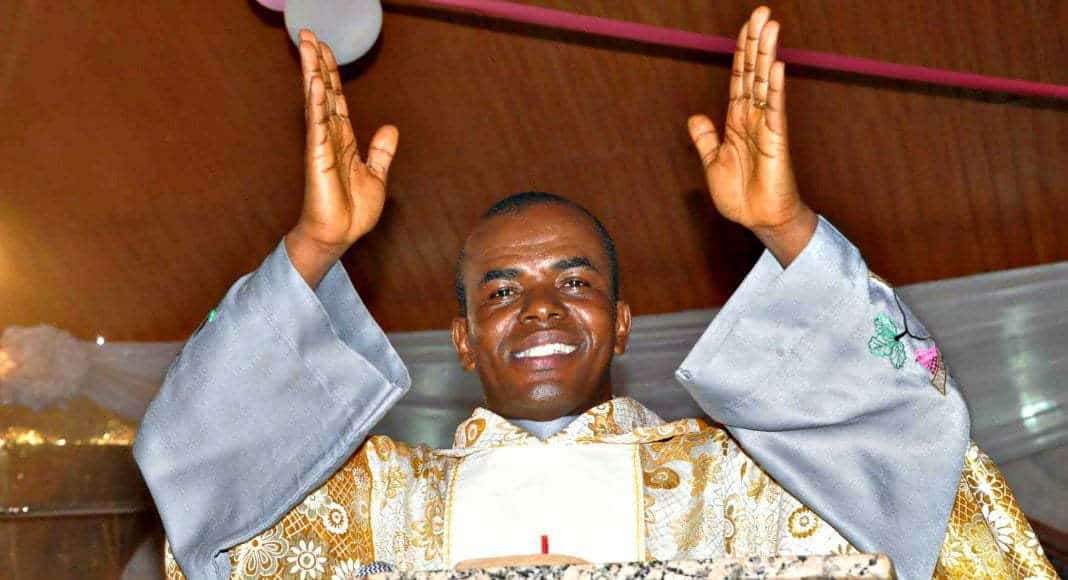 The fiery Catholic Priest Mbaka has call on Nigerians to pray fervently against ‘impending unimaginable difficulty’ in 2019.

Mbaka stated this on Tuesday during his New Year prophetic message and crossover service.

Mbaka disclosed  the nature of difficulty the country was going to face was such that has not been “witnessed in its 58 years of existence.”

The Catholic priest also urged Nigerians to pray for the country and its leaders.

He said Nigerians should support President Muhammad Buhari to continue his fight against corruption.

The clergyman insisted that the Catholic Church supports the fight against corruption and that was why she created “prayers against bribery and corruption.”

“A President that is fighting corruption needs to be supported,” he said.