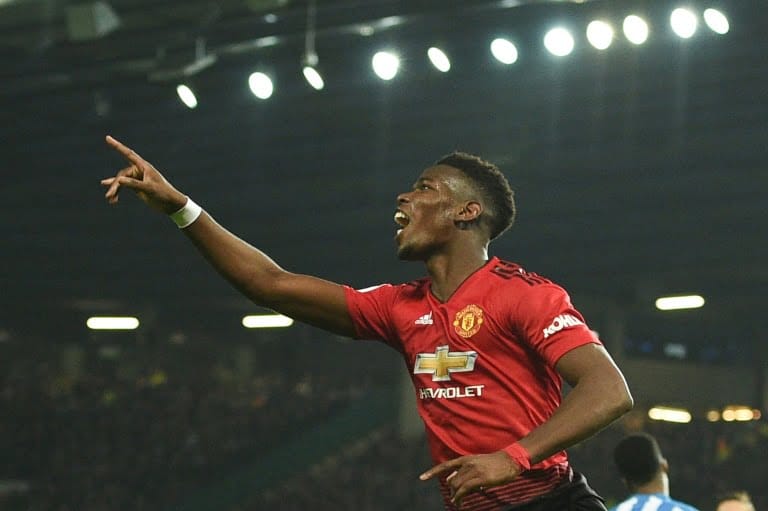 Manchester United Paul Pogba has once again spark life into his club side as he had a brace to help Manchester United beat Bournemouth 4-1 to make it three wins in a row for caretaker boss Ole Gunnar Solskjaer.

After emphatic wins over Cardiff City and Huddersfield Town, the manner of the victory was further evidence of the return of attacking football under Solskjaer.

Pagba has scored four of the 12 goals which rejuvenated Manchester United have scored in the three matches since their former Norwegian striker took the reins.

“It is different, we still won games with the old manager. But it is just a different style of playing,” said Pogba.

“We are more offensive and we are creating more chances and that is how we want to play. I always want to do more, but I want to play for the team and play simple.”

Not only was Pogba appearing in more advanced positions but he looked to be back to his confident self on the ball, strutting while in possession and constantly looking to create.

on the 45th minute of place, Rashford guided home off the outside of his outstretched foot a goal, with assist coming from Anthony Martial.

Romelu Lukaku made it 4-1, two minutes after coming on as a 70th minute substitute, latching on to a Pogba through ball and hooking the ball past the advancing Asmir Begovic.

“In the first half we attacked the game with a high tempo and high energy, but the response to their goal was great. We managed the game much better than against Huddersfield,”.

“We are still looking for a clean sheet — you can’t switch off for one second in this league.

“It’s a very very good performance, the crowd was enjoying it. But now Newcastle United, the next one, is a different kind of test.”said Solskjaer.