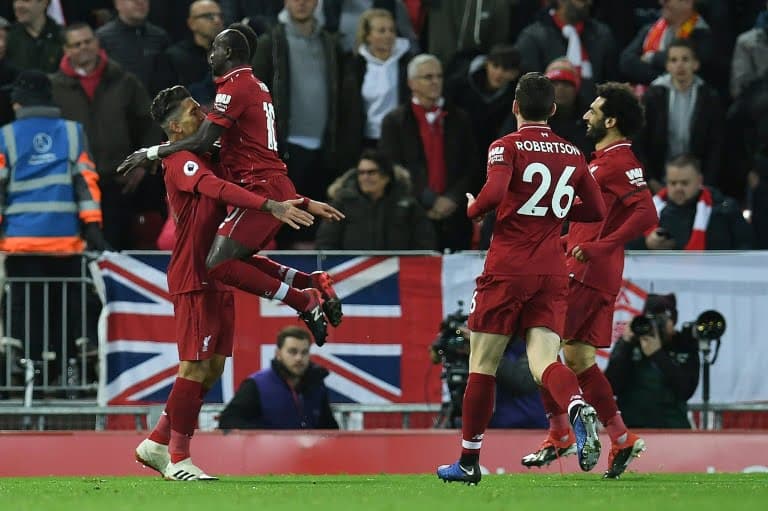 A trio of Roberto Firmino and a 13th goal from Salah allowed Liverpool to beat Arsenal 5-1 and pass without a hitch the first obstacle to lead him to his first league title in England for almost 30 years: the holder of title Manchester City is worried to be Thursday, January 3, during the 21st day.

With this 17th success that will allow them to remain undefeated in 2018, here are the Reds at the head of 53 points, nine more than their London dolphins Tottenham, surprised 3-1 at home by Wolverhampton, after having managed to align five consecutive wins.

The men of Jürgen Klopp will follow, warm and with interest, the reaction of the Citizens in Southampton Sunday after two surprising defeats of rank, including one at home. A positive result of the tenants will then offer the first big shock at the top of the Premier League on Thursday, but also a possible turning point in the fight for the title.

“Finally, it was a good performance against a good opponent and our reaction (after conceding a goal) was just brilliant,” responded the German technician. 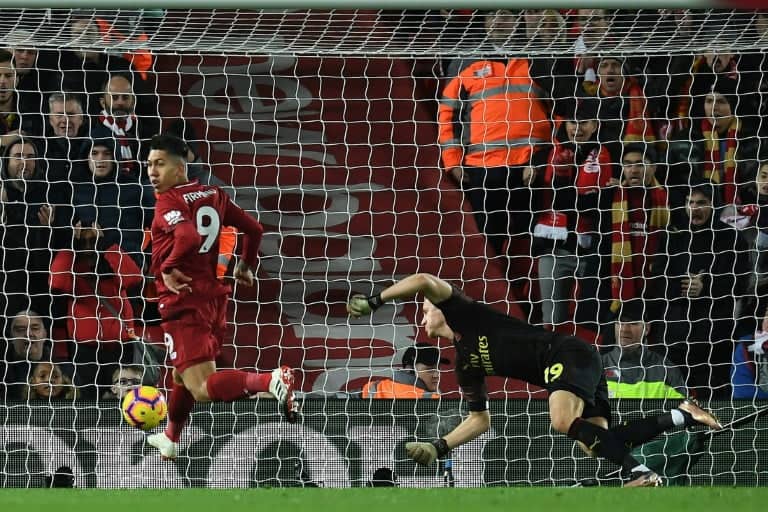 In an overheated Anfield stadium where the players were greeted by the song “a capella” of the anthem of the club (You Will Never Walk Alone), it is however Ainsly Maitland-Niles who cooled the ardor of the fans Reds opening the scoring for Arsenal after a beautiful center of Iwobi left (11th).

But Unai Emery players had only three minutes to savor since Firmino, after a rise in strength of Salah, took advantage of the blunders of the London defenders to equalize (14th). Anfield then erupted as the Brazilian would double the bet two minutes later. Starting in the axis, Firmino launched into a series of hooks to eliminate three Londoners and adjust the goalkeeper Leno of a shooting shot.

We only played for 16 minutes, but the game was already over as Sadio Mané went from there, taking a long opening from Salah (32 ‘). In injury time, Salah added a fourth goal on the penalty kick with a powerful left foot shot to kill any suspense (45 + 2). In the second half, Firmino converted a new penalty to bring his personal total of the season to seven.

“It’s a difficult time for us, we’ve been talking in the locker room about this bad experience we hope to learn from, we need to be better defensively, we need to know how to compensate in the midst in times of trouble,” said Emery.

The Reds’ offensive demonstration was preceded by a huge Tottenham gift that, despite a new goal by Harry Kane, a colander of the scorers (his 13th this season), lost to the Wolfs 3-1.

This Spurs performance is all the more surprising because it comes after two crushing successes at Everton (6-2) and Bournemouth (5-0).

“We have had a very good run in the last few weeks and it is difficult to keep this level, I think we are starting to pay for the efforts we have made in these matches, we are not machines,” said manager Mauricio Pochettino. .

If Harry Kane opened the scoring (22), the last twenty minutes have been a nightmare for Spurs adrift: after showing some signs of excitement after the release of Dele Alli, the North Londoners were joined with a goal from the French Willy Boly (72nd). Raul Jimenez (83) and Helder Costa (87) then made the difference and relaunched the Wolves in the race for European places.

The other surprise of this day is the defeat of Leicester against Cardiff (0-1). Midfielder James Maddison missed a penalty late in the game, while the score was still nil. The formation of Claude Puel had just beat Chelsea (1-0) and Manchester City (2-1).