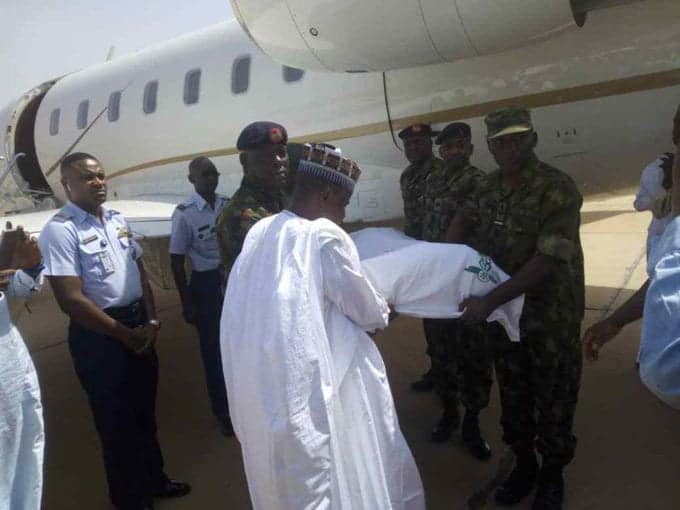 The Body of Former President, Alhaji Shehu Shagari, has been laid to rest in his hometown, Shagari Local Government Area of Sokoto state.

Naija News reported how late Shagari  died on Friday at the age of 93 after a brief illness.

His corpse had arrived at the Sultan Abubakar airport, Sokoto earlier and was received by Governor Aminu Tambuwal, alongside members of the state executive counci.

Dignitaries who witness the funeral prayers included representatives from the Federal government led by Boss Mustapha, Secretary to Government of the Federation, and governors of Sokoto, Kebbi and Zamfara states.