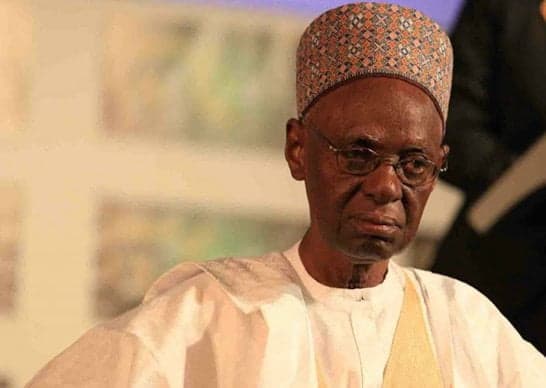 The speaker, in his condolence massage to Nigerians described the former President as true democrat and an icon of transparency.

Dogara’s deep regrets over the death of the leader, was contained in a press statement made available to Naija News by his Special Advicer, Media and Public Affair, Turaki Hassan

“We have lost a father, man of peace, true democrat, patriot and a nationalist.

“He led an exemplary life of service to God and country worthy of emulation, he was a president for all Nigerians irrespective of tribe, religion or region.

“President Shagari led Nigeria with dignity and honour and respected the independence of the legislature and judiciary in the second republic under the defunct National Party of Nigeria (NPN).

He was a bridge builder and one of the major highlights of his presidency was the alliance he formed between the NPN and the Nigerian Peoples Party (NPP) in accordance with his politics of give and take.

“His demise is a big loss to Nigeria and all lovers of democracy on the African continent.

“When anti-democratic forces truncated his government, President Shagari took it in good faith and continued to play the role of an elder statesman and father without grudge or bitterness.

“His death came at a time we are in dire need of his elderly wisdom and counsel as we navigate the most challenging pace as a nation.

“We extend our heartfelt condolences to his immediate family, especially his eldest son, Hon Aminu Shagari, who is our colleague in the House of Representatives, the people of Sokoto state, the Sultanate Council and government of Sokoto over this irreparable loss.

May his gentle soul rest in perfect peace.