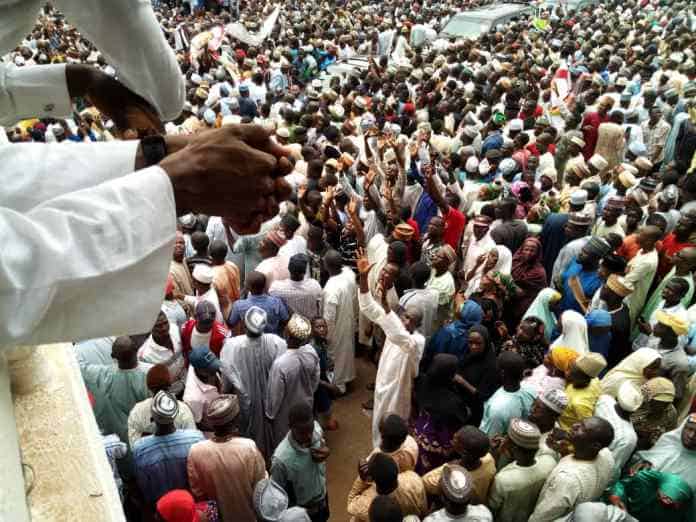 The re-election bid of Governor Aminu Tambuwal, of Sokoto state may be sitting on a fence currently as 50,000 members of the Peoples Democratic Party (PDP) yesterday reportedly defected to the All Progressives Congress (APC).

According to NAN, the defectors were received by senator Aliyu Wammako, APC chieftain and Tambuwal’s former political associate.

Among the defectors were former special advisers to governor Tambuwal, former local government chairmen and former state house of assembly members, as well as many other officials of PDP in the state.

Wamakko welcomed the new entrants into the party and assured them of equal treatment with all the existing members of APC in the state.

He said more members of the PDP had already joined the APC and promised to unveil them soon.

He warned the Tambuwal government against intimidating the workers who have pitched their loyalty with the APC.

“No amount of intimidation would deter the people of the state from massively loving and supporting APC and all its candidates, at all levels.

“Moreover, in a matter of weeks, the APC will take over the state, while President Muhammadu Buhari, including all the party’s candidates, at all levels, would be massively voted by Nigerians,” he said.

Ahmed Aliyu, the APC governorship candidate and Tambuwal’s former deputy said, “all the PDP members who initially went astray have now come back to the right party”.

He congratulated them for joining the APC and assured them of equal treatment. He promised to emulate Wamakko’s leadership qualities, when eventually elected.

Naija News reports that Alhaji Aliyu, who is the All Progressives Congress, APC governorship candidate for the 2019 poll in the state,  had earlier resigned his position to enable him to concentrate on his campaign.