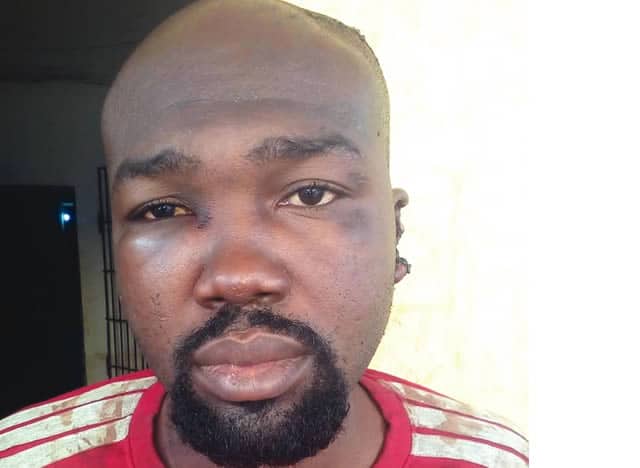 A suspected kidnapper, Uchenna Nwachukwu, who allegedly abducted an Owerri based lawyer, Bidwell Onyekasi, has been arrested by the operatives of the Federal Special Anti-Robbery Squad in Imo State.

The Commissioner of Police in the state, Dasuki Galadanchi, while speaking with Southern City News in Owerri on Thursday, stated that the F-SARS operatives, led by its commander, Geoffrey Victor, arrested the suspect around the Emmanuel College axis of the city.

According to Galadanchi, the arrest of the suspect is part of the command’s quest at ensuring that the festive period is crime free in Imo State.

Galadanchi claimed that the police had mapped all the notorious crime areas and had increased the presence of policemen in those places as well as other highly populated areas.

Galadanchi stated, “I want to announce to you that on December 26, 2018, at the Emmanuel College area of Owerri Urban, F-SARS operatives led by the commander, Geoffrey Victor, arrested one notorious kidnapper, Uchenna Nwachukwu, 29, from the Ikembara community in the Ikeduru Local Government Area of Imo State.

“He was arrested in connection with the kidnap of one Bidwell Onyekasi on December 22 at the World Bank area of Owerri, Imo State.

“It was through intelligence and coordinated operation that we were able to arrest this suspect. Our community policing strategies are working and we will keep putting in our best.”

Galadanchi, however, said the suspected kidnapper, who sustained injuries on his legs and left ear, had been able to disclose the identities of other members of his gang, adding that his men would go after them.

“During the arrest, the suspect sustained serious injuries on his legs and left ear. He has mentioned other members of his gang, who carried out the criminal act. Investigation has commenced as effort is on to recover the Xterra SUV of the kidnapped victim,” the CP added.