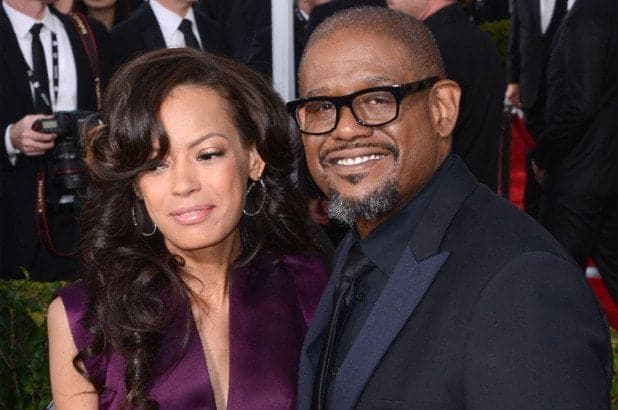 American actor, Forest Whitaker has filed for divorce from his wife, Keisha Nash.

The Blast revealed that Black Panther actor, filed the divorce from his wife after 22 year of marriage, he revealed that the reason for his decision is due to irreconcilable differences in his petition for divorce which he filed on Thursday.

This is coming days after he tweeted, “Christmas is a celebration of solidarity – a time of the year when we are reminded that the bonds our families, friends, fellow citizens and beyond are based on sharing and bringing joy. #MerryChirstmas to you all!”

The duo met on the set of their 1993 film Blown Away in which she portrayed Whitaker’s girlfriend. He proposed the following year and married in 1996 in Montego Bay, Jamaica.

They share two daughters together, Sonnet Noel, 22, and True, 20.