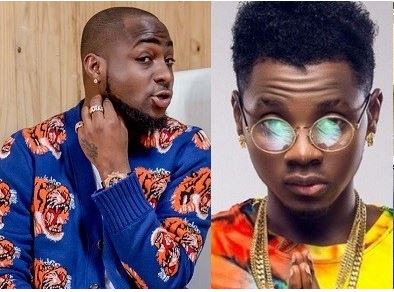 Davido has come out to openly deny slapping or assaulting Kizz Daniel’s manager, Tumi Lawrence during a recent concert in Lagos state.

The social media has been agog with rumours that Davido assaulted Kizz Daniel’s manager and refused to apologize.

In his reaction, Davido took to Twitter to say:

Ok kiss Daniel manager I apologize for doing nothing ? https://t.co/O5GTvnrifk

Recall Kizz Daniel’s manager had accused Davido of slapping him during his concert which was held on Thursday, December 27, 2018.

Meanwhile, Davido has also promised to replace all that a fan who complained of been assaulted and beaten during his concert lost.

He made the promise after the fan accused him on twitter.