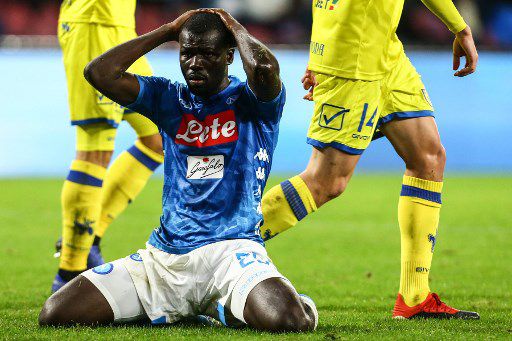 Koulibaly was the target of racist insults during Wednesday’s game between Napoli and Inter Milan, revealed Carlo Ancelotti at the end of the match that ended with the Nerazzurri’s 1-0 win.

Carlo Ancelotti considered that the Senegalese defender was expelled due to the pressure that was imposed by the supporters of Inter Milan.

At the end of the game, the Napoli player used the social networks to react to the expulsion and the racist insults that he was targeted. “I’m sorry for the defeat and for leaving my brothers,” Kalidou Koulibaly began.

“I am proud of the color of my skin. I am proud to be French, Senegalese, Neapolitan: man,” the player finished.

Coach Carlo Ancelotti has revealed that Napoli called for “the suspension of the game three times because of racist chants, three warnings were heard at the stadium and nothing was done,” adding that “the expulsion was decisive for the result. because of everything that was happening. “