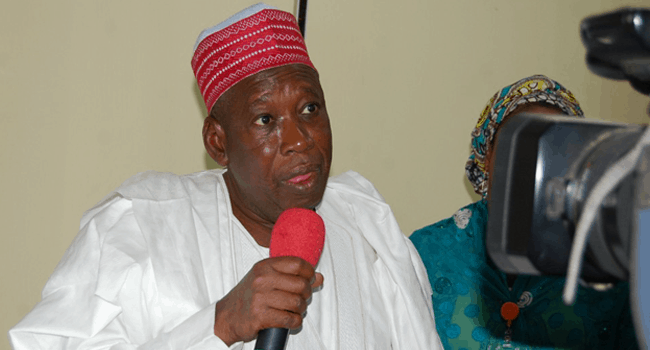 Governor, Abdullahi Ganduje, of Kano State, has sent a letter to the state Assembly seeking its approval for the appointment of four nominees as commissioners and Auditor General of the state.

The Speaker, Kabiru Rurum, who announced this during a special plenary session today in Kano, said the House had also received two other letters from the governor.

According to the letter, the nominees include: Bashir Yahaya-Karaye, Mukhtar Ishak-Yakasai, Shehu Kura and Muhammad Tahir popularly known as ‘Baba Impossible’.

The Speaker also read the second letter from the governor through his Deputy, Dr Nasiru Gawuna seeking for the approval of the House to appoint Hajiya Amina Inuwa-Sa’id as the State’s Auditor-General.

“We also received another letter seeking our permission to establish College of Health, Science and Technology and repeal of Kano state Public Health edict of 1984”, the Speaker said.

Rurum, therefore, called on the nominees to appear before the House on Wednesday, Jan. 2nd for the screening and confirmation.

Also during the plenary session, the legislators received the report of the House Committee on Appropriations on the 2019 proposed budget estimate.
After a heated debate, the lawmakers unanimously adopted the report and ordered the chairman of the committee to make some corrections before the passage of the bill on Monday.