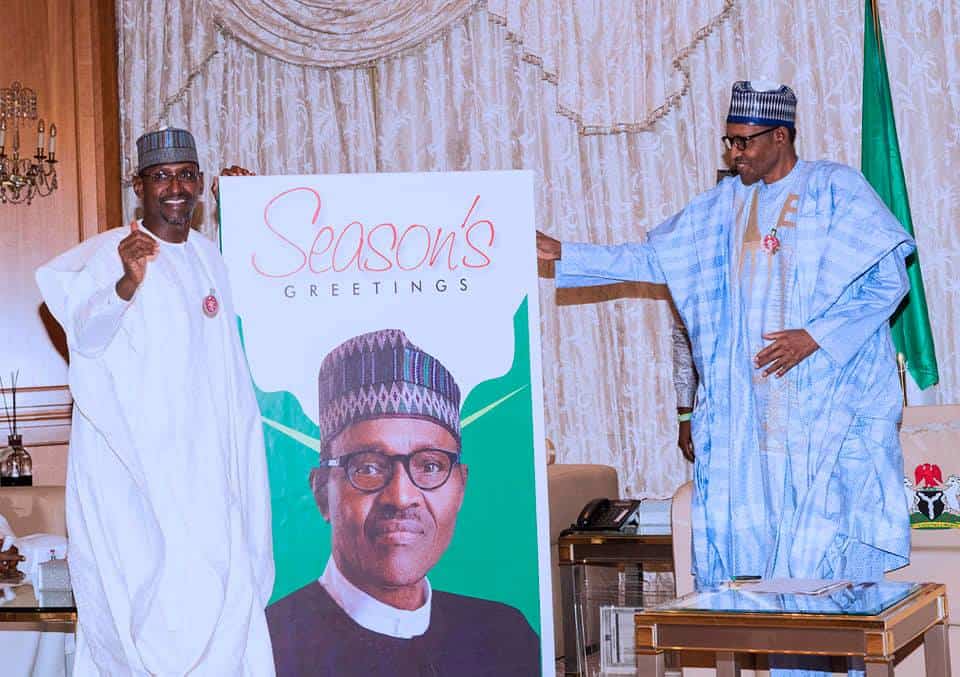 President Muhammadu Buhari has revealed on Tuesday, that he will soon launch and begin aggressive campaign for the 2019 Presidential election.

He insisted that the focus of his campaign will remain hinged on the fight against corruption, tackling insecurity and improving the economy.

The President made this known when he hosted the Federal Capital Territory community on Christmas homage at his official residence.

He added that he will start his campaign by visiting all the six geo-political zones in the country.

“The party nominated me and I will contest. We are watching the Independent National Electoral Commission very seriously and we are going out very soon we will go from geo-political zone to geo-political zone, to remind the people of our promises in 2015; three fundamental things, security, because you have to secure the country before you can govern it and talking about what we have done regarding securing the country, the people of the North-east know better.

“The three fundamental things we campaigned with are still very relevant. On improving the economy, which we are still going to explore, we have done well in agriculture, and those who embraced farming are not regretting it and we have also addressed unemployment and we are very lucky, through that we are now attaining food security.

“The third thing with which we will campaign is the issue of corruption. I told you what I did when I was in uniform but now when I have to go by this system (Democracy,) where people have to be arrested and then prosecuted, taken to court and then with evidence, we will collect back what they had taken illegally and for doing that, people are calling me Baba go slow. I am going slowly but whatever the case, I will not stop pointing fingers at those who have abused trust by taking money that does not belong to them.

“I will keep on trying to do my best for this country and get back what belongs to the country. We are doing to do the roads, revive the railway and electricity with the little resources at our disposal.

“Fighting Corruption, yes, we are slow because the system is slow. It’s not Baba that is slow but it is the system so I am going by this system and I hope we will make it.” he said

Speaking earlier, Minister of the Federal Capital Territory, Mohammed Bello, who said the FCT community, was happy with the performance of President Buhari in office and pledged to support him massively for another term of office.

He said “We pray that God almighty to continue to grant you good health, strength, capacity, ability and patience to continue to lead us to the Promised Land.

On behalf of the FCT we appreciate you for the good works you are doing for the territory, just last week you commissioned for us a new airport terminal and so many road projects that are going on in Abuja and we feel highly delighted to be hosting you here and it’s my honour on behalf of the FCT community I want to assure you that we are solidly behind you and by the grace of God we look forward to you spending another four years in the state house so that you can truly make Abuja the city of our dream because we want Abuja to be among the 20 best cities in the world in the next few years to come and I think that is possible.”

In his response, Reverend Nicholas Okoh the Primate of the Anglican Communion, said Nigerians were grateful to God for the grace He gave to the president to overcome his health challenges.

The Cleric noted that the spirit of unity among followers of different religions in the Federal capital Territory is exemplary and should be replicated in all parts of the country.

He promised that religious leaders in the FCT will continue to foster peace among adherents of different religions in the country.