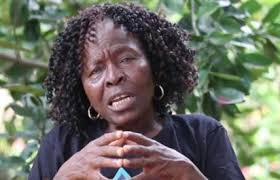 The Allied Congress Party of Nigeria (ACPN) candidate for the 2019 General Elections, Dr. Obiageli Ezekwesili, has commiserated with the family of the late Prof. Sophie Oluwole over her demise.

Professor Sophie Oluwole, a top African philosopher, died around 8pm on Sunday evening after a protracted illness at the age of 83.

She, however, urged other academics to emulate the late Oduwole, saying that “she is an academic icon.”

Ezekwesili, in a statement issued on Tuesday, described the deceased as an academic whose contribution to education in Nigeria would be continuously cherished.

According to her, the professor died when her contributions were mostly needed in the country.

She said,” She was a trail blazing academic for whom I would continue to have huge affection for, especially in her candour and quest for distinction. She was ever so generous to me when I became the Minister of Education and her strong support for educational development never went unnoticed.

“Nigeria has indeed lost a great academic at a time when our educational system is facing a serious challenge. Her death is saddening and a great loss to the intelligentsia community.

“I commiserate with members of her family and pray that God gives them the fortitude to bear her loss.”