Reality show star, Ifu Ennada, who had released a screenshot of a mail she got from a fan, took the opportunity to advise her fans on how to live within their income.

The mail that was sent by the fan to the former Big Brother Naija housemate saw the fan make claim that she had a birthday photo-shoot and she could not pay the photographer and so she is in need of money.

Ifu while reacting to this described the demand as a stupid one and further stated that her fans should learn to live within their income.

See the chat below: 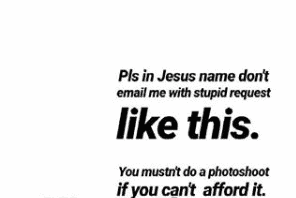 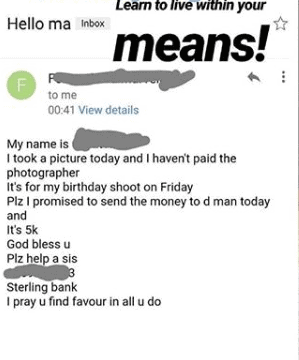