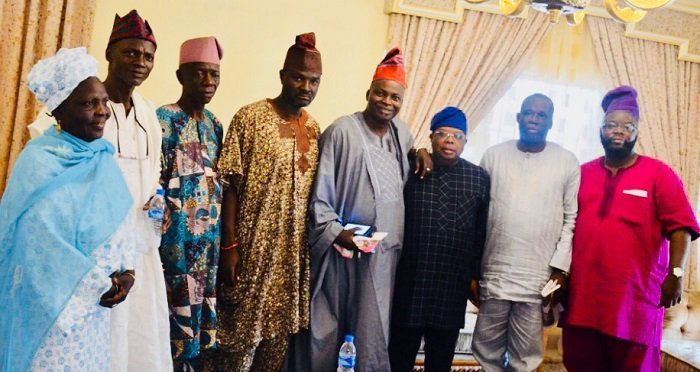 Family heads in Ibadan also known as Mogajis have issued strong warning to five leading governorship candidates in Oyo state to stop bribing it members to get their support.

The Family heads refuted claims that some of it acclaimed members going around extorting money from candidates in the name of Ibadan Mogajis.

The family stated that it was not interested in the money of the candidates but in good governance.

Mr. Wale Oladoja, the spokesman of the family, in a press statement on Monday in Ibadan, said electing the next governor of the state will be based on fear of God and antecedents.

The group at last week issued a statement supporting five candidates among the 37 contesting for the governorship seat of the state.

The family, who admonished the people of the state to get involved in the process of election their leader, added that they will always abide by the will and choice of the people.

He said: “We will soon begin going to their family houses to find out their positive impacts on their relatives.

“We want to know their pedigree and antecedents. What they have done to better the lives of their people.

“We called on the people of Oyo state to cooperate with our members when they get to their family house to reveal the truth whoever is coming to represent their family so that we can have the best people in government.

“No candidate should give money to any member of authentic Mogajis of Ibadan land to influence our stand.

“We will not do anything against the will of the people of Ibadan and Oyo state in general. Selection of new governor for Oyo state will be based on antecedents, human relations, fear of God, religious they belong and other humanitarian factors.

“We are using this opportunity to call on all the good people of Oyo state to join us in selecting good person to rule us in the next four years.”