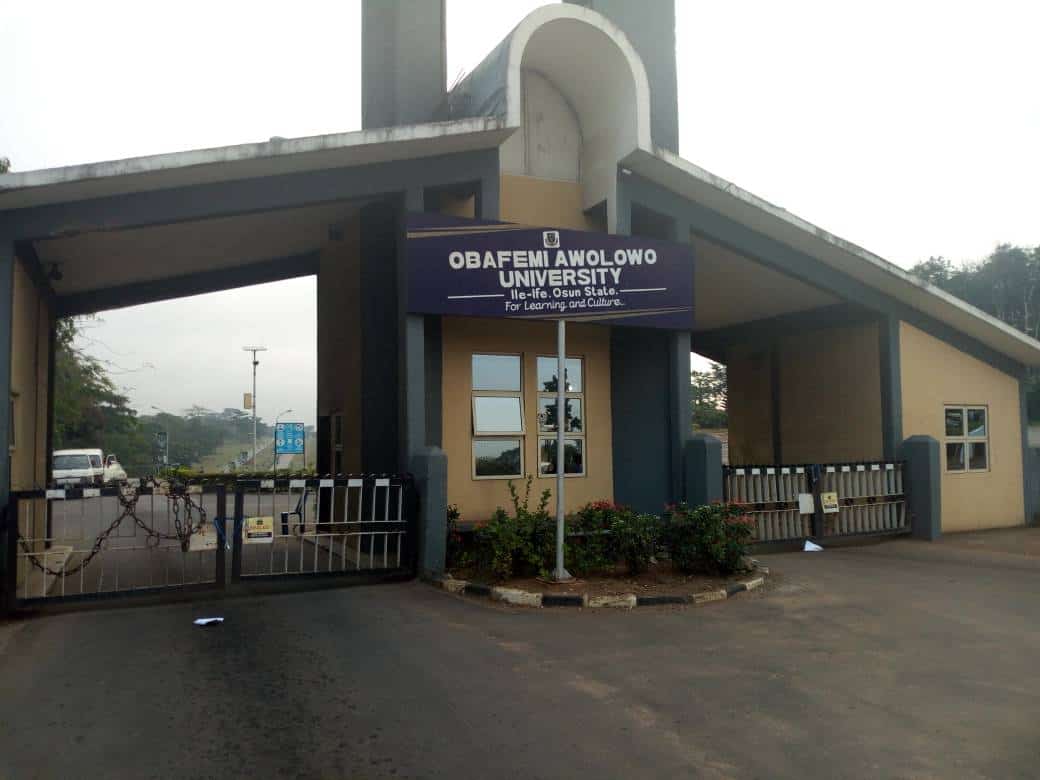 An Accounting student of the Obafemi Awolowo University, Ile-Ife, Osun State, Abiodun Babalola, has been killed during an attack on his hostel by armed persons in the early hours of Saturday.

Just yesterday, a part 2 student of Obafemi Awolowo University died after he was injured during a robbery that occurred between 1-3am, he was rushed to the the school's hospital, they didn't attend to him until 5 HOURS LATER because there was NO ID CARD on him.
Nigeria is fucked! pic.twitter.com/mP2bCL2eub

Naija News Understands that the university’s spokesperson, Abiodun Babalola, who confirmed this in a statement late Sunday, said the year three student died as a result of injuries he sustained during an attack on the Adam and Eve hostel, an out of campus students’ residential hostel, along Parakin – Ede road axis of Ile-Ife.

The release stated that the students were attacked in the early hours of Saturday with dangerous weapons by some unknown persons who inflicted varying degrees of injuries on them before carting away their money, phones and other valuables.

He should have been home eating chicken with his family like most of us are, but he had to stay back for a test on Saturday, from 3am till 8am during the test, they now came to ask the class if anyone knew him to confirm his studentship, he gave up the ghost around that time…

“The authorities of the Obafemi Awolowo University, Ile – Ife, have condoled with the parents and family members of a part three student of the Department of Accounting of the University, Abiodun Babalola, who died as a result of injuries he sustained during an attack on the Adam and Eve, an out of campus students residential hostel, along Parakin – Ede road axis of Ile Ife,” the statement highlighted.

The Vice Chancellor of the university, Eyitope Ogunbodede, while expressing agony at the loss of the student, said people should place the fear of God far and above worldly materials, wondering what sort of earthly possession would make a man to attack, maim and kill his fellow man.

According to the statement, “He, thereafter, on behalf of the Council, Senate, Staff, Students and the entire University Community, prayed that the Lord would grant eternal rest to the late Abiodun Babalola and the parents and family members the fortitude to bear the irreparable loss

It's just sad, 70% of students of OAU live outside campus, with the school mngt having no interest in their safety, all the pleas for helps this year have fallen on deaf ears.

FACT: No new hostels have been built since my mom graduated from this school decades ago.
Imagine!!