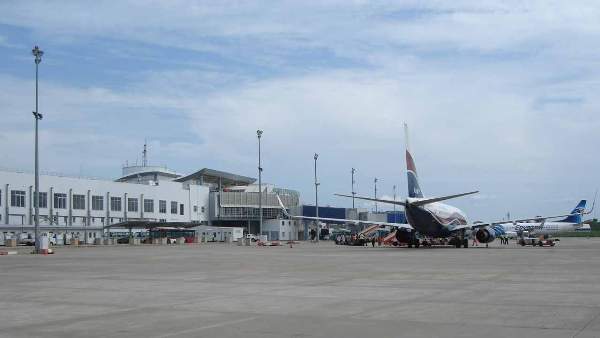 Many domestic airlines at the Nnamdi Azikiwe International Airport, Abuja experienced a drop in traffic of passengers and aircraft movement on the eve of Christmas, the News Agency of Nigeria (NAN) reports.

When NAN visited the airport on Monday, booking and check-in counters of all the airlines were very scanty compared to other days.

NAN also observed that only Air Peace, Max Air and Arik Air counters were a little busy while others like Dana, Aero, Overland, Azman were scanty.

The Station Manager of Max Air in Abuja, Mr Abdullahi Saroke, said that high traffic was recorded in the last two days, adding that eve of Christmas was not always busy especially if it falls on the beginning of the week.

Saroke said the traffic was heavy on Friday, Saturday and Sunday, adding that most airlines recorded upsurge and had full flights.

He said that many airlines were carrying half load on many routes as at Monday morning, adding that Max Air had only two full flights to Maiduguri and Yola.

According to him, Max Air has been carrying full load since Friday to all destinations but “we only had full flights to Yola and Maiduguri today but in and out of Abuja and Lagos has been half load”.

A staff of Arik, who pleaded anonymity, told NAN that Friday, Saturday and Sunday were the peak days of the season.

He said that all Arik flights for the last three days were fully booked while its flights for Monday were not full.

NAN reports that the air fare has been doubled by all the domestic airlines in the last three days compared to what they were charging about few weeks ago.

A check by NAN on the price list of the various airlines revealed that they now charge between N36,000 and N70,000 on economy and N70,000 to N90,000 on business class depending on the time and destination.

Air fare charged by airlines before now ranges from N19,000 to N41,000 depending on the destination and time of booking.