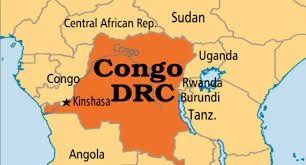 The Antonov 26 crashed  on Thursday as it was about to land after delivering election material to Tshikapa in the centre of the country, a spokesman at the Independent National Election Commission (CENI) told Nigeria News.

The consignment comprised “election results forms” and was safely delivered before the accident, the spokesman said.

Presidential, legislative and provincial elections were due to have been held in the Democratic Republic of Congo on Sunday, defusing a two-year-old crisis over the future of President Joseph Kabila.

But the twice-delayed poll suffered a new setback on Thursday when CENI ordered a week-long postponement after a fire destroyed electronic voting machines and ballot papers at a warehouse in Kinshasa.

The delay will enable CENI to get replacement ballot papers from the South Korean firm supplying the equipment, the panel said.

An official with air traffic control in Tshikapa, the capital of Kasai district, told Nigeria News that the plane, operated by a company called Gomair, delivered its consignment.

All five crew members and one passenger died in the crash, which occurred during bad weather as it returned to Kinshasa, the official said.