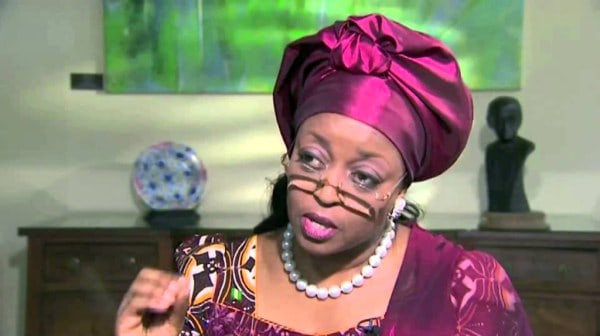 The arrest warrant for the Minister of Petroleum Resources, Diezani Allison-Madueke has been issued by the International Police.

According to The Punch, the warrant followed a request by the federal government to the agency.

“We have filed the necessary processes and the Interpol has red-flagged Allison-Madueke. This means that the extradition process has been kick-started and the former minister may be arrested by the United Kingdom police or any police agency all over the world and repatriated to Nigeria,” the source was quoted to have said.

Another source reportedly said the necessary charges had been filed and attached to the extradition request by the office of the attorney-general of the federation.

“By this request, all Interpol member countries were obliged to arrest the former minister anywhere she is seen on their territories,” PUNCH said in its report.

“Attached to the extradition request was the November 4, 2018 order for her arrest by Justice Valentine Ashi of the FCT High Court.”

Despite the fact that the former minister left the country for the UK shortly before the inception of the current administration, the Economic and Financial Crimes Commission (EFCC) filed charges against her.

Naija News recalls that the commission, through its spokesperson, Tony Orilade, last Month, stated that it had commenced the process for the extradition of Alison-Madueke.

He, however, said the action had to be processed through the office of the attorney-general of the federation, explaining that it was not something the commission would commence and conclude on its own.

Alison-Madueke, who is also being investigated in the UK, had urged the federal government to bring her back to the country to face corruption charges against her.